My dad set up our first aquarium when I was in 3rd grade. Back then, K-mart was one of the few stores open on Sundays, and we went there one day after church. He bought a 20-gallon aquarium and set it up in our living room. From that day on, he spent a lot of time sitting next to his tank, watching the fish. His favorite feature was a treasure chest that sat on the seafloor. Attached to a pump, it belched out bubbles with clockwork precision.

I jumped into the tropical fish business five years later, when we moved to Arlington Heights. I was in 9th grade. Mrs. Libby, my high school biology teacher, set an aquarium up in the classroom. It was mesmerizing. I was drawn to its natural, serene calmness. A soft, algal covering settled into the tank, giving it a warm green glow. And there were floating plants that caused the light to scatter into different hues. It was much more natural than Dad’s setup.

It was quieter. There was an occasional air bubble burping from the substrate, but I realized this tank did not have an external filter to keep it clean. Mrs. Libby explained I was witnessing a natural transformation of organic garbage into bubbles through the effects of microorganisms living in the substrate. It was my first introduction to the biological decomposition of waste material, you know, feces and urine.

I worked with Mrs. Libby on two projects. With one experiment, we grew yeast cells in test tubes to follow the dynamics of overpopulation. The yeast population first grew exponentially, then leveled and died off as the cells used up the sugar nutrients in their test tubes. The other test involved watching how pea plants thrived under different color lights. Did you know the worst light to raise a plant in is green light? The green chlorophyll in the plant reflects green light, the plant cannot photosynthesize, and it barely thrives.

I borrowed an aquarium book of Mrs. Libby, reading, and rereading it. One afternoon I stayed past the last bus, and she asked me if I needed a ride home. I told her no, I could walk. Because it was raining and freezing outside, she insisted I let her take me home. I felt embarrassed to be walking to her car in the teacher’s parking lot but appreciated the extra effort she made. Possibly I had a crush on Mrs. Libby. But, in reality, she was another cheerleader who guided my ADHD brain.

In Arlington Heights, my fish thoughts solidified into action when my neighbor and schoolmate, Michael G, took me with him to the local tropical fish store. He was an on-again off-again friend. During an ‘on’ period, I went to the store with him and his Mom, who was an excellent haggler.

She was mean too. That day, after buying a fish tank and a piranha, she got extras items by berating and downgrading the merchandise until the price was right. Michael G. set up an aquarium in his bedroom and delighted the entire family when it was time to feed Pete, his pet piranha.

“Watch this!” He exclaimed with much fanfare, dropping in a hapless goldfish.

Pete sucked the entire goldfish into its mouth…

“Wait… wait…” Michael G. urged. The piranha needed a moment to work on his meal. A few moments later, small golden fish scales were expelled from the piranha’s gills. The little glitters floated gaily around Pete’s head. These scales from the goldfish were the only things left of it.

The episode reinforced my tropical fish interest. I set up a 20-gallon tank in the den but soon expanded to raise fish for-profit and built a setup of four aquariums in the basement. I grew swordtails, which bear live young and Blue Gourami, which create a nest of bubbles in the corner to bring up their babies. But, I was unsuccessful at coaxing zebrafish to lay their eggs on a marble substrate in another tank. 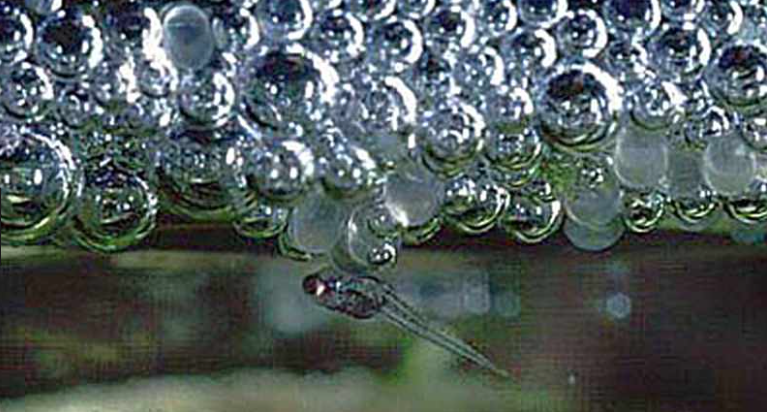 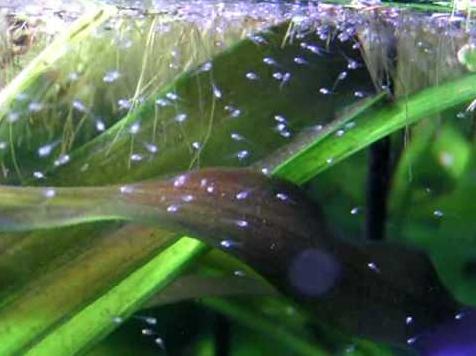 During the summer, I saved money on fish food by feeding mosquito eggs, larvae, and pupae I collected in a water container I set up outside the house. This free food source intrigued me. It was no cost nutrition and helped rid the world of mosquitoes.

We lived in the humid Midwest, and mosquitoes loved my breeding setup. They were plentiful and easy to raise. I poured a cup of milk into a fifty-gallon barrel filled with water. The soured milk smell attracted mama mosquitoes by the dozens. Soon I had floating rafts of eggs. The excitement revved when the eggs hatched into larvae. These little guys rose to the surface to suck air through siphon tubes. When danger loomed, they pulled in their snorkels and dove to the murky bottom.

After the larval stage, the baby skeeters change into fat, black pupae that look like rat turds, dark and small. But there is a young mosquito inside. It was satisfying to watch my fish come up to a larva or pupa, suck the strange bug into their mouths, and eat until their bellies bloated.

But, feeding fresh mosquito larvae has drawbacks. If I harvested too many for my fish to eat, the uneaten larvae hatched into adults and flew around the place, looking for their first meal. Mom always complained the house was full of mosquitoes. She was sure one of us was leaving the door open. No one ever knew it was me.

When we moved to Orange County, I tried a saltwater aquarium using anemones and fiddler crabs I caught at Corona Del Mar. When this didn’t work, I accompanied my friend Richard R. on a drive to a tropical fish store in Garden Grove on the back of his motorcycle. This piqued a renewed interest in developing my aquarium, pushing my ADHD focus to build my six-foot long tank.

Order a paperback from Amazon for $14.95