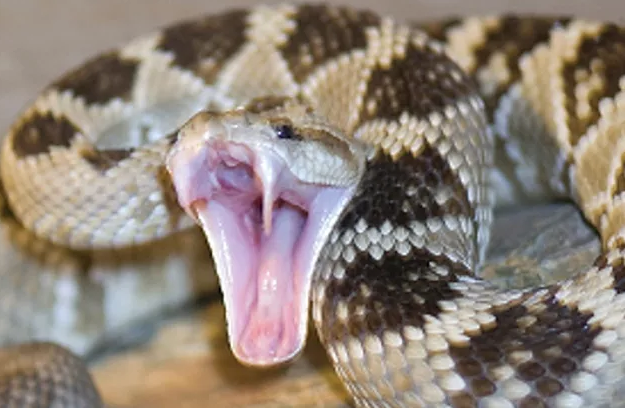 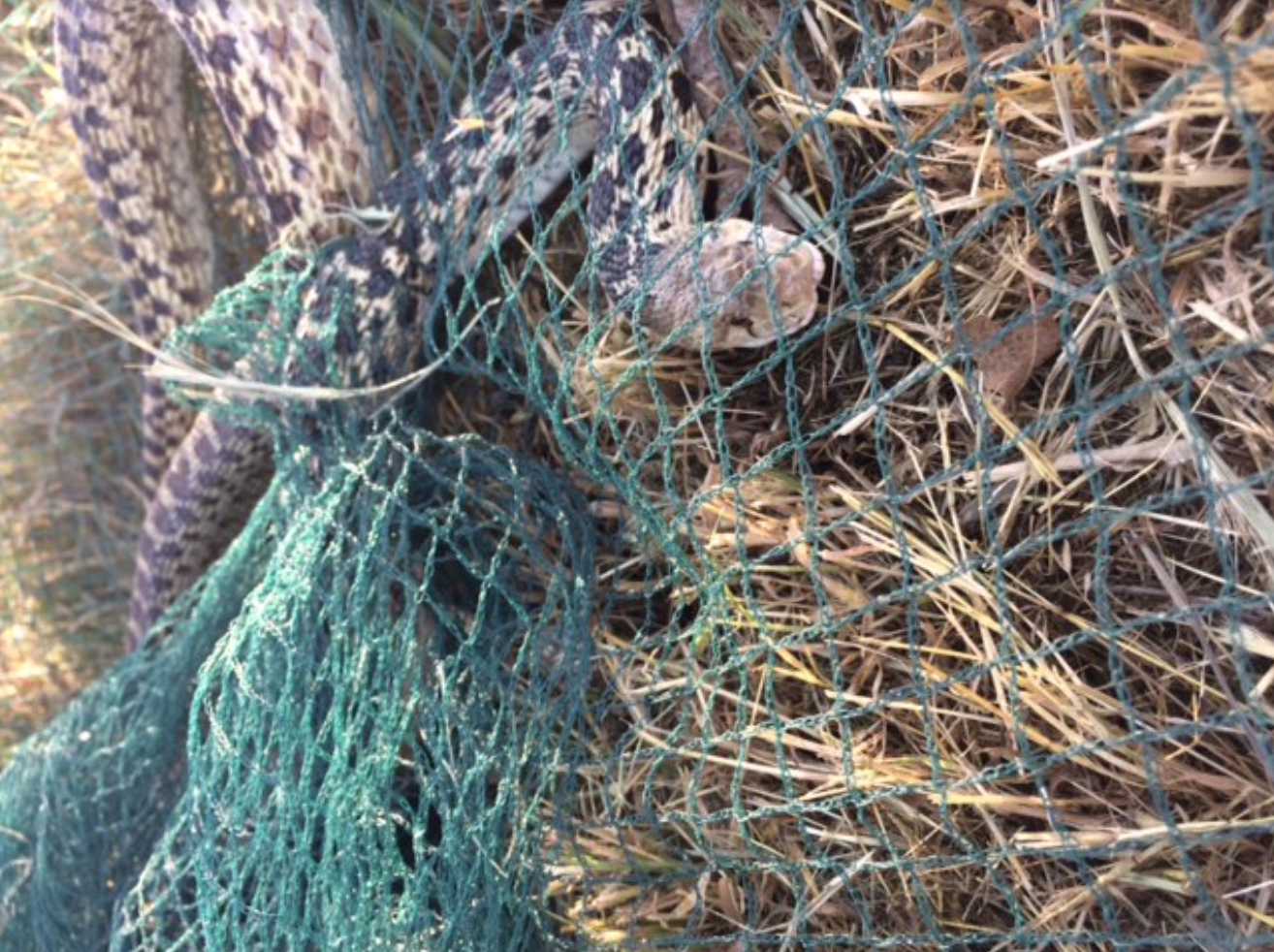 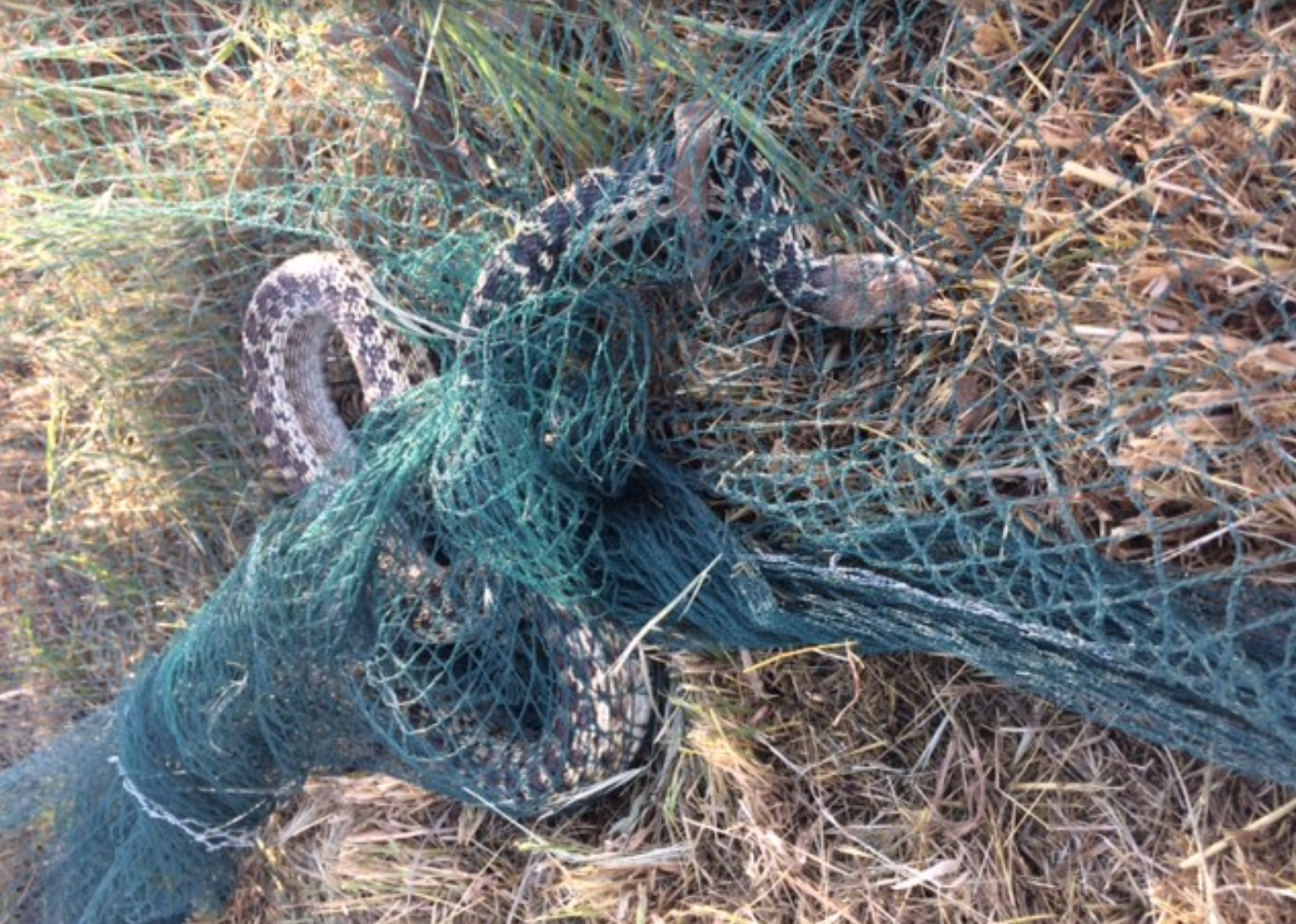 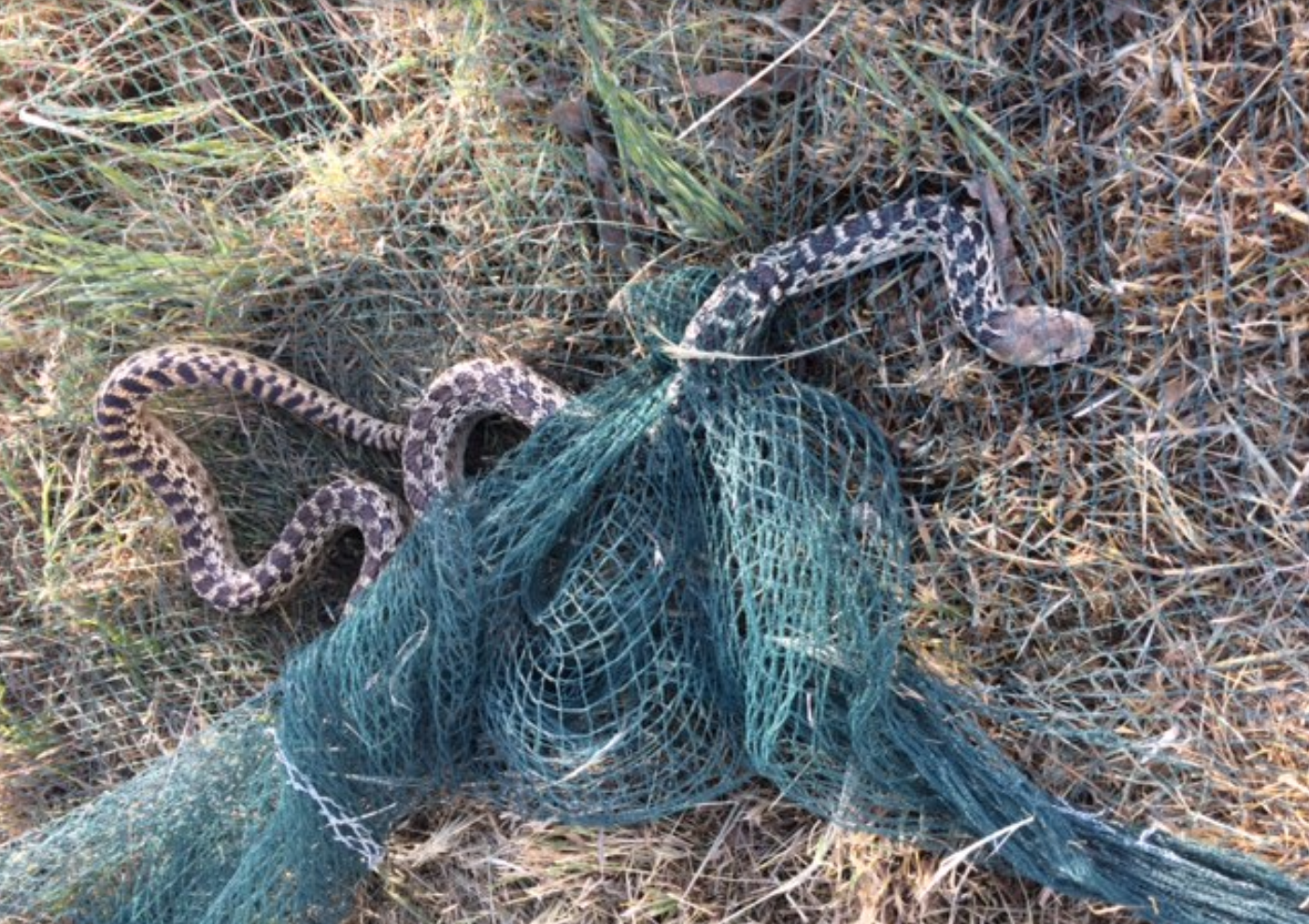 “You were on the phone for quite a while,” Honey exclaimed as Rory walked into the front office.

He nodded, chuckling, but didn’t offer an explanation.

“Well, what’s her name?” The beautiful twenty-two-year-old was insistent. Honey was 5 ft 8 inches tall and had curly blonde hair. Her sea-green colored eyes and her freckled face were the first things you noticed about her. She had been working as Rory’s office manager and assistant for just over three years.

Doc Rory Evans, a young, sturdily built man a few inches shy of six feet tall with sand-colored hair, wore a mustache he thought made him look older and more distinguished. His manner was sometimes gruff, but always entirely honest. Some people didn’t like him because he made them uncomfortable with his artless ways. However, others trusted his skills and abilities. He was a good vet and had a way with animals. He understood them and could quickly figure out what was ailing them. His patients couldn’t talk, and he sometimes wished their owners couldn’t either. It was a rare occasion to see him outside without his white, Resistol hat perched confidently on his head.

“Oh, that’s the woman who called yesterday! Is she really a playmate from Playboy magazine?” Honey pressed.

Rory nodded. “She’s from Westlake, and she’s moving her cat sanctuary up here.”

“What does she want?”

“Nothing right now. Selena’s in the process of getting fencing put in. But she’ll need me to certify her place when she brings the cats up.”

“Where is her place?”

“At the end of Chimney Rock Road, almost to Lime Mountain. She wants to see about adding some ostriches to her setup. She’s trying to make it more natural.”

“But ostriches aren’t used to our hills, and mountains, are they?”

“Not yet, soon, though. Wait until enough get out and start breeding.”

“You’re watching too much sci-fi stuff.”

The phone rang, and Honey answered.

“Okay, Uncle Doug, bring her right in,” she replied. “It’s Doug Roth, my uncle; he’s bringing Moose in. She’s been bitten by a rattlesnake.”

Moose, a Jack Russell Terrier, was a legend in the area. She was an ace pig-hunting dog.

Doug and his family lived in the area for generations and had access to hundreds of acres of barley fields and cattle grazing land. They evolved a family pastime into a hunting adventure for city folk from all over the world. And Moose, the ever-ready buzz queen of the pig-hunt was a guaranteed crowd pleaser.

Most of the hunters just had to have a picture taken with his newly killed pig and this new best friend, Moose. Each and every photo showed an alert, bright, happy yet serious worker bee, with stand-up ears and wagging tail, trembling with anticipatory excitement, just waiting for the next chase. She was typical Jack Russell with a not so regular job.

However, her bright exuberance was severely dimmed this day; Moose was not wagging her tail. She was very subdued and looked like she was in pain. And her face was swollen with her body’s reaction to the toxic venom.

"How big was the snake, Doug?" Rory asked as he pulled out morphine to kill the pain.

"Four feet. We had just shot the pig, and Moose was standing next to it. When the client went to his kill, he heard a hiss in the grass. 'That sounds like a lawn sprinkler over there,' the fellow said. I knew right then it was a snake. So, did Moose. She ran right to it. It was still coiling, that's how quick Moose was. And she had it in her mouth before it could bite her, Doc. But when she dropped it and backed off to get a fresh grip, that thing struck her, bam. So, I left the group, with Garret, my boy, and came here with Dad right away."

"That's the morphine. That's how I know it works. It makes people throw up too. Here, Honey, I need help placing a catheter in her front leg. Her face is still swelling."

Honey walked to Moose, who was now lying flat on the stainless-steel treatment table, her eyes wide open in a drug-induced aura of pain-free stupor. Rory positioned his stethoscope to his ears and listened. “Good, her heart’s steady, not fast and thready. She’s stable right now.”

"The steadiness of her heart rate tells me she's still in good shape. The fact that her gums are still pink and warm is a good indicator too. Watch here. See how the gums above the teeth become white when I press with my finger?"

"Now see how long it takes for the blood to refill the white, blanched region when I remove my finger. Start counting, one one-thousand, two... there, the gums already refilled in less than two seconds. That means Moose is still stable. Let's get our IV meds going. Honey get me a vial of anti-venom from the frig, please.”

Rory took the vial and jabbed a syringe full of sterile saline into it, reconstituting the dry powder into an intravenously injectible solution. The liquid was transferred into a bag of clear fluids that was already dripping, one drop at a time, into Moose's vein, through her newly placed catheter. Now it was time to watch and wait for the magic of the anti-venom to save Moose, or not.

"What are her chances, Doc?" Doug asked.

"It depends on how much venom the snake injected into her, and how many antibodies she already had in her to fight off the venom."

"Does Moose have these antibodies already, Doc?"

"Not sure. Let me go through the chart. Oh yeah, here it is. We gave Moose a rattlesnake booster this spring before the snakes were out."

"Then why is she having a problem if we've already given the vaccine, Doc?" Doug asked.

"The vaccine protection can be overcome if there is a massive envenomation. Giving Moose a springtime vaccination means she's already got antibodies chewing up the toxin molecules even before you came here. However, this snake's bite is so strong it's overcoming the vaccine, so I'm giving her a vial of antivenin. Acting like a vacuum, the antivenin binds to any rattlesnake venom it encounters, rendering it ineffective.

Rory turned and pulled more meds into another syringe.

"Antibiotics. I like a broad spectrum, a combination of penicillin with gentocin. It's an aminoglycoside. The two together gives an enhanced activity of kill."

"Penicillin works by stopping any bacteria from building a strong cell wall. Without a strong wall for protection, the bacteria collapses, and dies. Gentocin is another antibiotic that kills bacteria, but it works differently. It stops the bacteria from making its own protein molecules, so it withers away if it survived the penicillin assault. It's a small insurance policy that has a big effect."

Moose stabilized from the therapy, and an hour later Doug took her home. 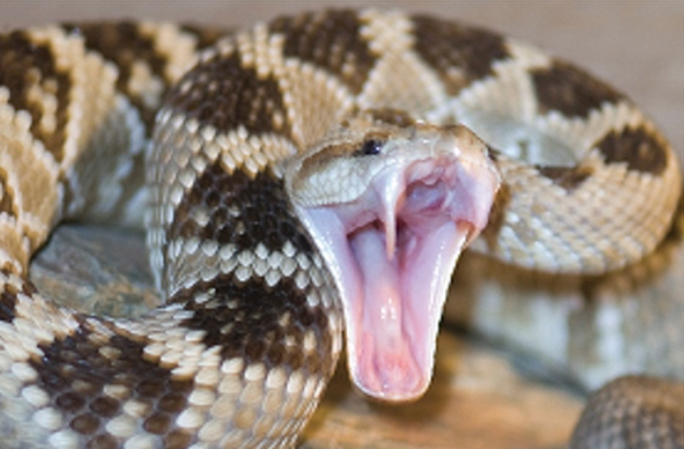 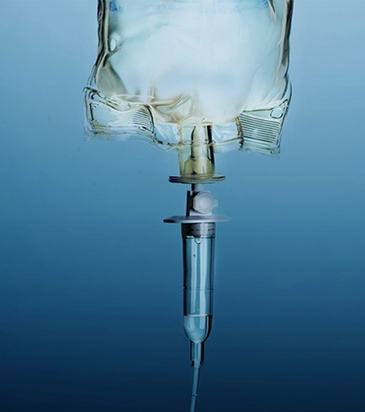 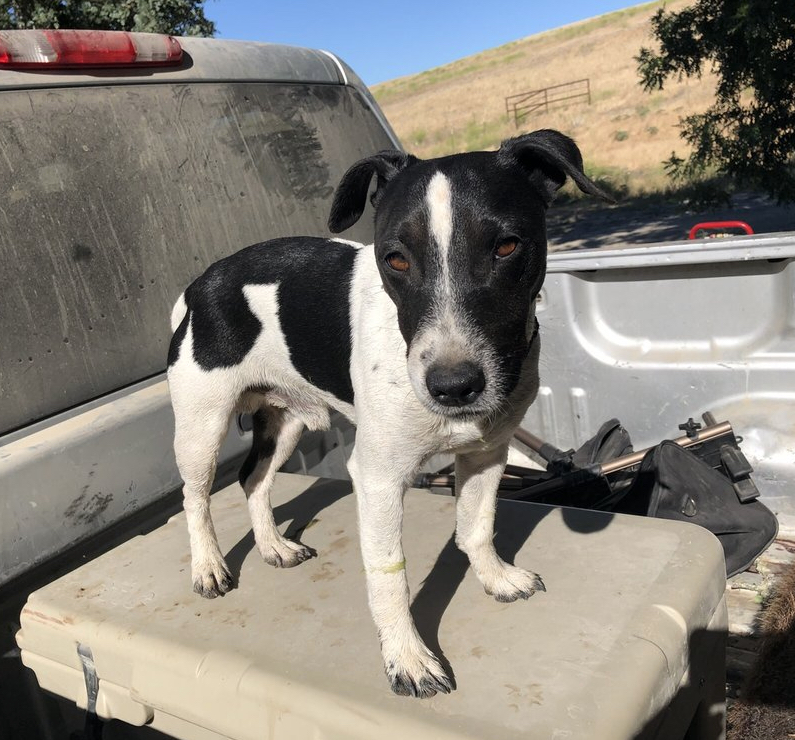