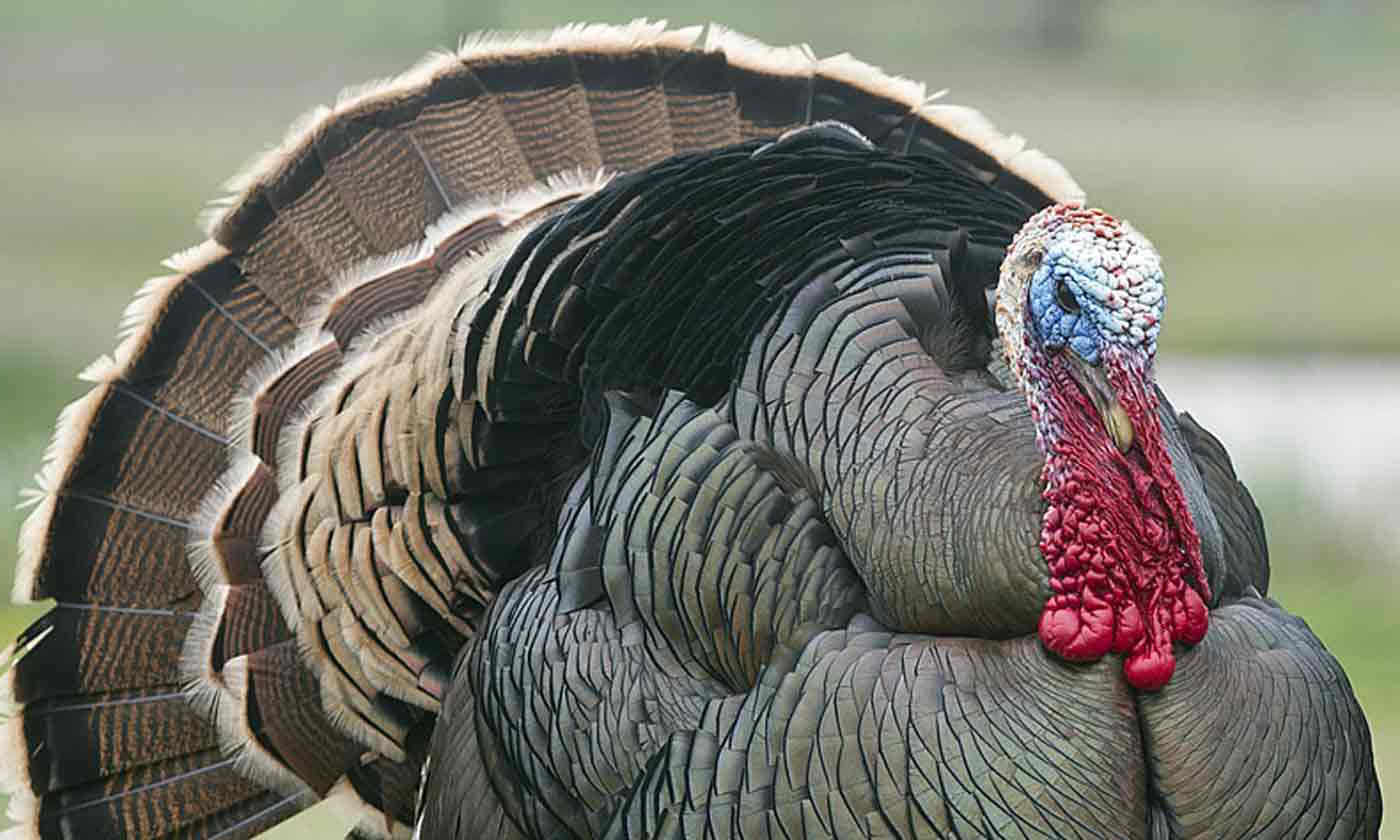 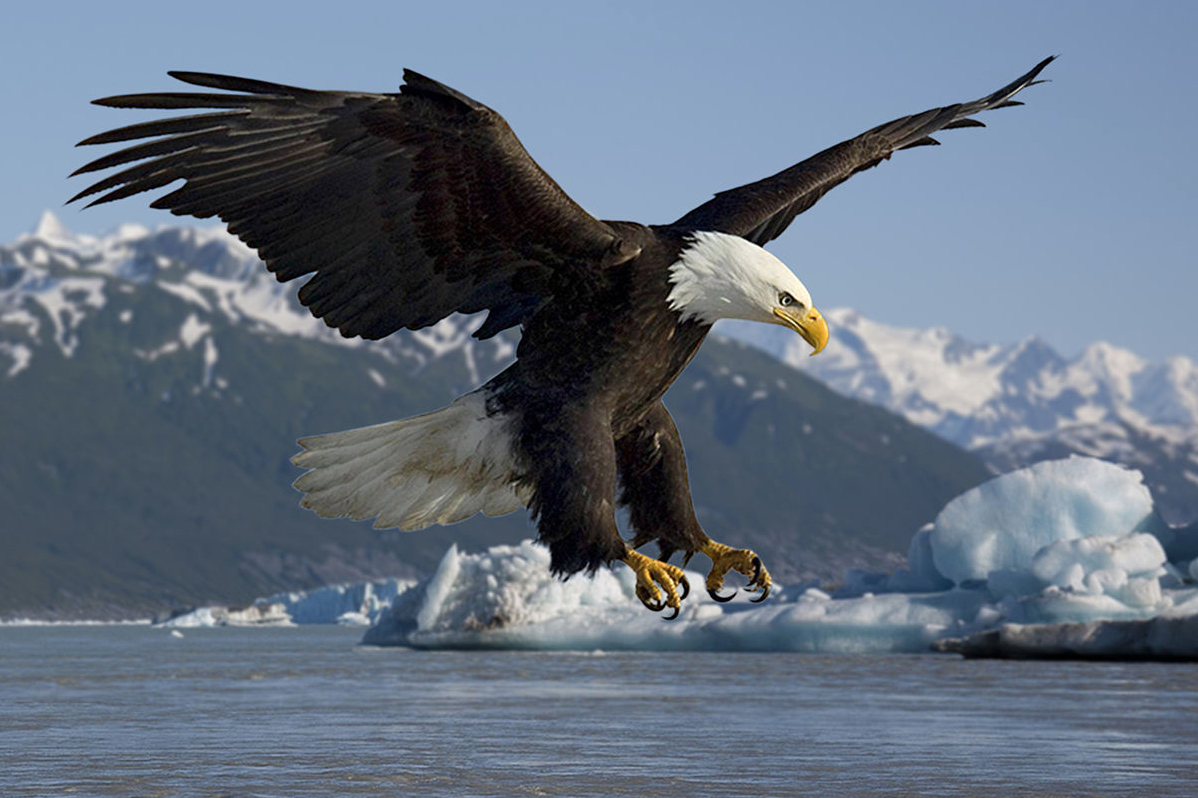 He strongly felt the turkey would be a more deserving symbol of his new United States.

“For my own part I wish the Bald Eagle had not been chosen the Representative of our Country. He is a Bird of bad moral Character. He does not get his Living honestly. You may have seen him perched on some dead Tree near the River, where, too lazy to fish for himself, he watches the Labour of the Fishing Hawk; and when that diligent Bird has at length taken a Fish, and is bearing it to his Nest for the Support of his Mate and young Ones, the Bald Eagle pursues him and takes it from him.”

Shh... Hank and his girlfriend Sally are busy.

She's beneath him physically, but not emotionally; this is the way they evolved.

He's stepping on her, but that's part of the mating thing, so its okay. Notice how he drops his wings around her. Some think this is cute and romantic. Actually it is an instinctive and selfish act. It's called cowling, and raptors, you know... hawks and falcons and eagles do it to guard their prey from other raptors after they take it down. Raptors don't use cowling for breeding though, because they do that magic while tumbling hundreds of feet in the air. Turkeys are more grounded.

As opposed to this fatty, Hank is doing a superb job, maintaining natural coloring in his feathers as well as an athletic trimness, allowing him to service his harem. In contrast, our homegrown domestic overweight white fellow has become so rollie-pollie it is now impossible for these fatties to breed by copulating.

Still, these ladies are too much for Hank. Twirling his date makes him too lightheaded to perform his studly acts:

The domestic breeding problem is simple to see: the manmade turkey is too fat to breed. The naked fat dude beneath us on our left is useless for breeding, yet he's the one we pay money for.

The emperor has no clothes.

Things become obvious when the feathers are removed. Above are two naked turkeys, a wild fellow and a domestic one, the kind bred for Christmas and Thanksgiving. These two turkeys are facing right, just as Hank is, with the head pointing to the right and the butt on the left. These butchered guys have their legs back for baking. Still alive, Hank has his legs down, working on Sally.

These aren't ISIS henchmen, they are Australian turkey inseminators. They've come to help Hank out. He dizzied out after the first bird, so these guys are helping inseminate other girls to ensure there will be enough turkeys on Thanksgiving.

I have no idea why the fellow on the right lives in a rabbit hole, possibly an obscure Aussie tradition.

Wild turkeys appear at our Creston ranch every year.

Gobblers attract a hen’s attention by gobbling and strutting. The hen will select a mate by lying close on the ground in front of him, which signals the male to begin copulation. Nesting begins in early spring. Hens choose nesting sites that are in grass clumps, brush piles, understory brush, or leaf litter.

They scratch out a shallow depression or bowl shape in these selected areas to form the nest. In order to protect them, hens choose sites that have enough herbaceous cover to hide the poults while still allowing the hen an unobstructed view to watch for threats. Nest sites are typically found in areas that are within ¼ mile of a water source, have grass heights of 18 inches, and have a high abundance of insects. Females lay one egg per day, producing an average total of 10-11 eggs. The eggs are cream or tan in color and may have brown speckles. Hatching occurs 28 days after the last egg is laid.

Here is momma turkey sitting on the same nest.

Thanks for the turkey pics, Melanie Ristow.

“Sally, Katie’s here,” Paula yelled through the patio door. Sally was in the back playing her guitar, sunning herself while Captain, her green Amazon parrot, perched beside her. Sally sat cross-legged on the grass and tuned her guitar. She started strumming the opening chords to Bad Moon Rising.

I see a bad moon a-rising

I see trouble on the way

I see earthquakes and lightnin'

Captain squawked louder and jumped onto the ground, pacing back and forth in front of her.

“What’s the matter, Captain?” Sally asked. She looked toward the perimeter of the yard but couldn’t see anything. Then she heard the gobbles. “It sounds like a turkey,” she said looking towards the copse of trees.

Captain continued squawking and running around. The gobbling noise came closer, making the parrot more frantic. Suddenly a big black tom turkey emerged from the trees bordering their yard. He headed straight for her and Captain.

“Okay, okay, um… Oh my god!” Sally jumped up and rushed towards the house to scoop Captain into her hands before the turkey got to him. She turned back to get her guitar, but the tom was right there. “Go away! Go away, go away.”

Standing tall she turned to face the turkey, pushing her elbows out to make herself look wider but kept her hands clasped in front of her so as not to drop Captain. Still the big dumb bird came at her, gobbling and flapping, holding his shiny black tail feathers erect like a peacock’s, the red wattle hanging from his beak jiggling obscenely as he moved his beady-eyed head in jerks and starts. Throwing out a cautionary gobble, he stood in place but enlarged himself by fluffing his feathers and pushing them outward, mimicking Sally's defiant full-frontal pose.

Sally and the turkey looked at each other.

Sensing her panic the turkey made a couple of jumps in her direction.

“Paula! Oh, Jesus Christ.” Sally started running. “God help me!” She continued screaming as she ran into the house.

“Sally! What’s wrong?” She and Katie ran to the back door. Sally stood five feet inside the closed patio door, clutching Captain and pointing outside. “That turkey’s crazy, Paula! He came running out of the trees.” They watched the turkey strut on the other side of the glass. “I want to get my guitar,” Sally said, almost in tears.

“Use a broom,” Katie said. “We have lots of turkeys in the Chuskas, and a broom should scare him off.”

Katie nodded. “I’ll get it,” she said. When she came to open the door the tom was even closer. “Hand me the broom.”

The broom should have been adequate to scare off most turkeys, but Tom wasn’t like most turkeys. He was raging with testosterone, and Captain was a rival he needed to conquer.

Holding the broom in her right hand, Katie opened the patio door and stepped outside. Wielding the weapon in front of her and three feet above her head, Katie carefully shuffled her way past the bird. The turkey turned his head, watching her with his evil black eyes, but he stayed in place. Paula and Sally watched from behind the safety of the glass.

Sally shook her head. ”No, he’s not. He’s a sneaky old bugger.” She cracked the door open.

“Don’t let him get behind you, Katie.” Tom’s tail was still spread out like a fan. He tipped back and forth as he watched Katie’s every move. He suddenly staccatoed a double gobble and rushed toward his adversary.

“Psss, shoo, psss” Katie hissed at him. “Get back!” She turned and waved the broom at him, warning Tom to stay away. “Go away! Don’t you do it,” she said as she detoured around a patio post to put obstacles between them.

That irritated Tom, and he unleashed another sharp staccato. Katie pushed the broom at the bird and bent down to grab the guitar. But as soon as she stooped down, Tom saw an opportunity and charged her.

"Katie, watch out!” Her helpers warned.

The turkey jumped into the air, rotated its feet towards her, and kicked out. He managed to land a blow just above her waist before dropping to the ground. Setting the broom against the wall, Katie took her sweater off and ran at the turkey, flapping the pale blue garment at him. The turkey ran away, but stopped and turned back the moment she stopped waving the sweater at him.

Katie picked up the broom, fitted her sweater over the head of the brush, and hoisted it high. She swung it back and forth as she ran at the tom, crying out in a wild, high ululation that Navajo women use to cheer. That was enough to break Tom's primitive fixation. He turned and strutted back to the riparian forest.

Now the patio door slid all the way open. “Wow, you’ve got some blood here, Katie,” Sally said, pointing to a spot where Tom’s nail ripped her shirt.

“Hmm, his nail got caught on the seam I guess, darn.” Katie went to the sink to wash the small amount of blood away. “When did Davis get turkeys?”

“They were talking about it on the news, just over a month ago, wasn’t it Sally?” Paula decided.

“Yeah. I heard the wildlife biologists weren’t surprised. The turkey population is making a comeback. I think they said the birds need large roosting trees near a water source,” Sally said. “They’ve been at the cemetery since early summer.”

“That’s strange, being surrounded by homes and businesses, right?”

“The biologist said the cemetery gives them the runway they need to become airborne.”

“I’m surprised there haven’t been complaints seeing how aggressive they are. When’s mating season? Right now?”

“Why would you think that?” Paula asked sarcastically. “The gobblers strut around when they’re ready to mate. This guy was acting dominant, and Captain may have triggered the instinct.” 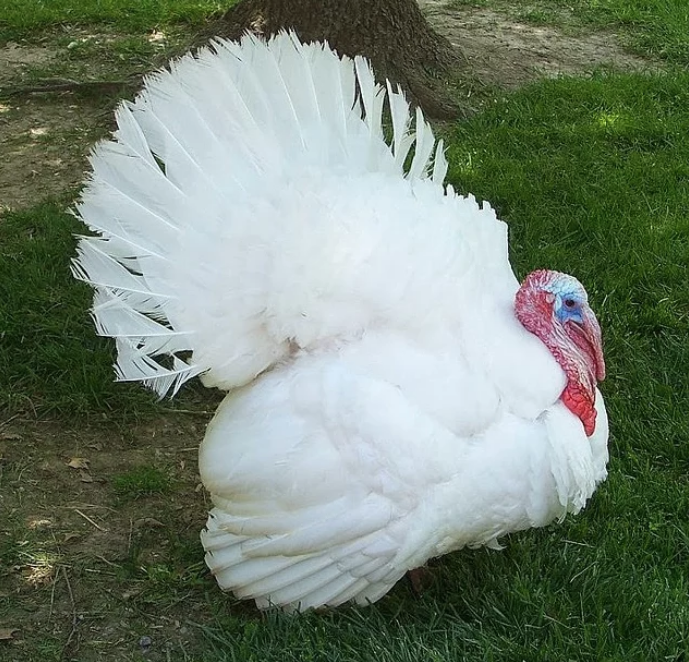 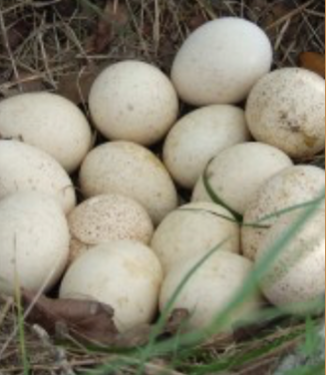