“It was over fifteen years ago. Mother left for the evening with the other grownups, and my cousin Bidzil and I were in charge. Ahiga was elsewhere. We were in Uncle Gus’s trailer playing cards with the little kids. Someone knocked on the door, which was weird right off. Usually, a person knocks and calls out. I saw a shadow through the window next to the door. Bidzil went to check it out, but there was nobody there, so he closed the door and locked it.”

“Here are your salads.” The waitress moved in and set the plates down. No one even looked her way. Everyone’s eyes were on Katie.

Rory nodded his head, and she twisted the pepper grinder on everyone’s salad.

“Can I get anything else?” The waitress asked.

No one responded; the waitress left with her serving tray.

“I saw this person in the window just standing there watching us,” Katie continued.

“But no one was there when Bidzel opened the door.”

“Was there a porch light?” Rory asked.

“Yes, it was dark, but with the porch light, you could see a person standing there.”

“Okay, and you said it was a person?”

“What made you change your mind?”

“It reappeared after Bidzil walked away from the door. It was tall, standing abnormally stiff. The thing had a pure white face like a full moon and two burning red eyes. It didn’t move. It just kept watching us. I told Bidzil to turn off the lights. He did, but it stayed on the porch stiff as a statue. I told Bidzil we should go to sleep; it wasn’t doing anything to bother us.

We sat for a long time with the thing, not moving, and us not sleeping. We did fall asleep. A piercing whine from one of the dogs woke me at one in the morning. Everything went quiet again, too quiet. Not even the sheep were making noise.

I looked over; the thing wasn’t at the window. Then I heard a noise above me. Something was walking on the roof. It sounded like horses’ hoofs. It woke Bidzil too, and he was so scared I told him to put his fingers in his ears and not to listen."

“I was twelve years old and scared shitless, Rory. You make me so mad sometimes; wait till it happens to you.”

“When the thing was standing at the window, did you get a good look at its face?” Rory asked.

“When I first saw it, I thought it was somebody I knew a long time ago. But it sounded like a horse when it walked on the roof; that’s what woke me. I kept my eye on Bidzil and told him not to go anywhere near the windows.”

“You need to eat your salad, Katie.”

“So, was that the end of the episode?” Rory thought it was a childhood memory, embellished.

“No.” Katie knew she hadn’t convinced him. She knew these things were hard for outsiders to understand. She was sure of the truth of this story.

When she started in again, Rory noticed her voice and speech patterns changed. She sounded more and more like a petrified twelve-year-old girl.

“The skinwalker stopped walking above us about three in the morning, but later on, it returned. I was checking on the little cousins. They were sound asleep in the backroom, and I was making sure they were okay when I heard Bidzil crying. He was in the living room crying, just staring at the door. This time the thing I saw standing there looked like a wolf with red eyes watching Bidzil, but it must have done something to him because he was frozen. He stood there for a long time and cried. He was afraid, and I was scared too. But I didn’t cry.”

She stopped and played with the food on her plate.

“I started yelling at him. I said, ‘Bidzil!’ I shouted his name as loud as I could, and he turned and looked at me. I told him to get away from the window; it was still there staring at him, and Bidzil didn’t move. I crawled towards him, and that thing kept looking at him. It was holding him there, trying to make him open the door. I knew it wanted to make him open the door. But he was frozen like that.”

“Yes, it did, standing on its hind feet.

“How close to the window were you guys?”

“Bidzil was close to the window like that much.” She held her hands four inches apart.

“Umm-hmm. It didn’t look at me; it was just staring at my cousin. I tried to pull him away from it, and that thing started breathing on the window.”

“Did it fog the window up?”

“What time of year was this?”

“It was summer, but it was still chilly at night. We made a fire and kept it going so we wouldn’t, umm, so that thing couldn’t come down the chimney. I pulled Bidzil away from the window, and the kids started crying from the bedroom. I ran back into the bedroom to make sure they were okay because Bidzil sounded all right then.”

“Like a bloated dead animal in summer, and its skin was black as ash.”

“So, when you pulled Bidzil from the window, what happened next?”

“When I returned, that thing was still staring at him. I pulled Bidzil farther away from the door, and I snapped my fingers in front of him because he kept getting caught in its eyes. I knew I couldn’t let him open the door. We couldn’t let it come inside. So, I just kept pulling him away from there from the window. He would move toward it again, and I would pull him away.”

“Do you think it had power over him?”

“Yes. Skinwalkers target children and innocents to terrorize them. People fall into a trance-like state and become unable to move or defend themselves.

“So Bidzil was in a trance-like state?”

“Yeah. Trying to snap him out of it, I smacked him, and that did it. He looked at me, no, through me, and I pulled him away from the window. The thing started banging on the door, trying to break through, scratching on the window.”

“Did it make any vocalizations?”

“What type of sounds did it make?”

“It was screaming like a girl, high and loud. It tried hypnotizing Bidzil again by screaming. I told him to plug his ears. I watched the thing, making sure it couldn’t hypnotize me too. But I wasn’t scared of it. I tried to tell it in Navajo to go away. I said the west and east and north and south stuff, things my grandma used to say. I told it to go away. It was trying to hypnotize me, but it couldn’t because I wouldn’t look straight at it. I kept my eye on my cousin and made sure he wasn’t looking at it again.”

“How tall was this thing?”

“It was taller than the front door.”

“It was over seven feet tall, impressive. What happened after that? You got Bidzil away from the window; you snapped him out of his trance. So, is this a common thing to be hypnotized by one of these things?”

“Yes. They try to put you in a trance. Once they hypnotize you, they make you open things like doors. They make you do it for them. That’s how they get in because they can’t open things or break things either. They aren’t here in an original form; they’re spirits.”

“What happens when they get inside? They have to be invited in.”

“Yes, that’s what it was trying to do: make Bidzil let it inside. The second time when it wanted to hypnotize him again, he fought harder. I kept hanging on to him. I kept on telling him. ‘Think of your family, think of your family.’ I kept on talking to him, talking to him until it finally let him go. It never did get inside, so I don’t know what it would have done.”

“How long did this thing hang around?”

“Until daylight, around six, it ran off.”

The way Katie was talking convinced Rory she had seen this thing. Even though it was fifteen years ago, it was still genuine to her. She looked like a scared little girl. He found her hands and held them, and she sighed and slumped in her chair.

"No," Katie shook her head, “Shimá’ hired a medicine man to come from Towaoc the next day.”

When the waitress returned for their salad plates, none of them had eaten anything. But her appearance broke the spell, and they dug into their dinners. Everyone that is, except Katie. 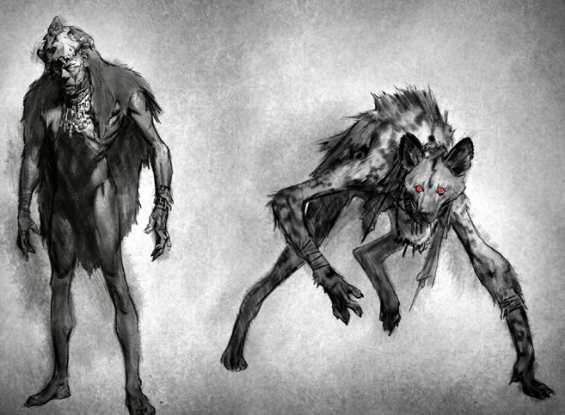 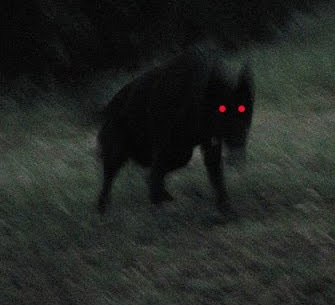 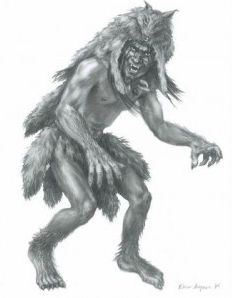