The foal was lying on his side, distressed. His head was flat on the ground, and the mouth was open. His breathing was rapid and shallow. Doc knelt next to its shoulders. Rory backed away to let Katie kneel next to Dr. Colgrave. Roger lifted the foal’s head above the straw, placing it on his knee. Using both hands, he pulled up the upper lip, showing Katie the pale, orangey gums. He moved to the foal’s closed eye, opening the lid with his fingers. Sure enough, the sclera of the eyeball was the same sickly orange.

“Katie, can you get me a heart rate?” He took his stethoscope from around his neck and handed it to her.

She placed the earpieces in her ears, located the beating heart, and counted the number of beats while looking at her wristwatch. She closed her eyes and nodded each time she heard a thump.

Rory was counting the number of chest excursions on his watch. “Sixty-five,” he replied.

“Rory, can you get a 3cc syringe, a 20gauge needle, and a lavender top blood tube from the truck?”

Rory nodded and walked out the open stall door to retrieve the supplies from the truck. He brought the needle and syringe back to Roger, who took a blood sample. After filling the lavender top tube with fresh blood, he handed it to Katie. “Get the centrifuge from the truck. It’s next to the lab drawer. Take the PCV kit with you and find an electrical outlet.”

“I’ll help ‘er.” A mangy looking cowboy in a brown hat stepped from the crowd. “My name’s Chuck,” he told Katie when she walked by him. His faded Levi’s were dirty enough to stand up on their own.

“Thank you.” Katie walked briskly past him. Chuck followed Katie to the truck and waited as she went through the compartments to find the centrifuge and the PCV kit. He stood close enough for her to smell alcohol on top of his body odor. “Where’s an outlet, Chuck?”

Holding the centrifuge and blood kit in her arms, she walked behind him and waited as he opened the door to a break room with a table and a refrigerator. Katie spied an outlet and plugged the centrifuge in. She set the PCV kit down, filling three pipettes with the foal’s blood. Capping off one end of each pipette with clay, she placed the tubes in the centrifuge and started to spin the blood. Chuck came up behind her, again invading her personal space.

“That’s a pretty fine green t-shirt. What does it say on the front, missy?”

“Kin y’all turn round so’s I kin read it agin. What is UCD anyway? A squaw club?”

“It’s the vet school I attend."

“Since when did they all start letting Yazzies into school?” Katie ignored the rude man as best she could. Stopping the centrifuge with shaking hands, she matched the spun down blood tubes to a plastic chart to find what the PCV was. She turned around to leave the room, but he didn’t move. “Yur front is awfully pretty, missy trail-nigger.”

“Excuse me NOW!” Katie insisted and forced her way past the dirtbag in front of her. She opened the door, quickly went through, and slammed it behind her, leaving Chuck by himself. Still shaking, Katie returned to the stall. Blindly, she pushed through the crowd hovering outside of it and entered the stall.

Katie didn’t hear Roger. She was rubbing her forehead; her ears were buzzing, her face flushed.

“Eight percent, Dr. Colgrave.” She replied, all shaky. Rory looked at her and sensed something was wrong, but she wouldn’t meet his eyes.

“It’s okay Katie, we can save the foal with a transfusion,” Roger reassured her, assuming her discomfort was because of the sick foal. “Bob, get me a gelding for a transfusion. Geldings don’t have the antibodies that mares have so any gelding will do. Bring it to the truck, and have someone watch the foal while we collect our supplies.” He and Rory stood up and walked with Katie to the truck.

The transfusion was uneventful. The foal received three liters of blood which brought its’ PCV back into a safe range. Dr. Colgrave gave the colt a steroid injection in the neck to inhibit the mare’s antibodies from attacking anymore of the newborn’s red cells. Bob was instructed to find colostrum from another mare for two more days while milking the foal’s mom out every two hours to keep her from drying up. “After two days, the mama can resume nursing her foal herself,” Roger said.

The trio cleaned up, and Dr. Colgrave drove back into Gallup. “It looks like the foal is going to be okay. What about you, Katie, are you feeling better?”

“Yes, Doc, thanks. It wasn’t the foal; I wasn’t feeling well for a few minutes. I hope I haven’t caught anything.” 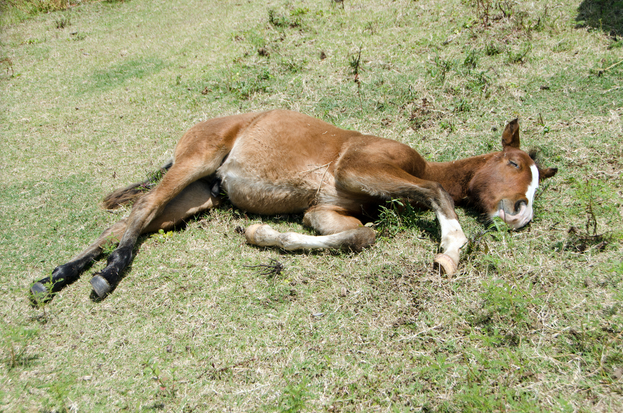 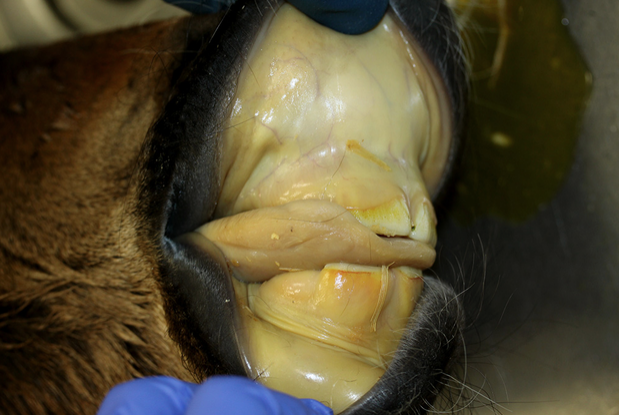 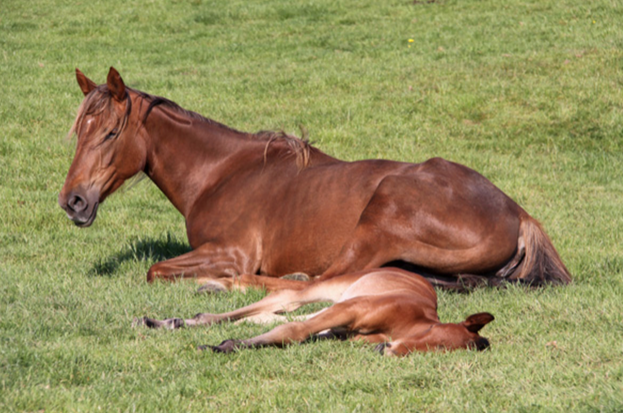