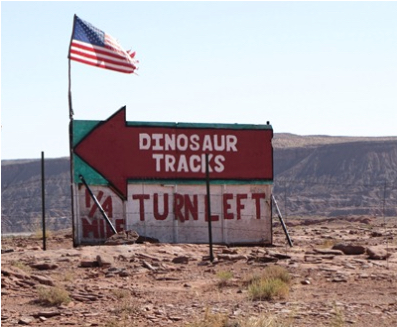 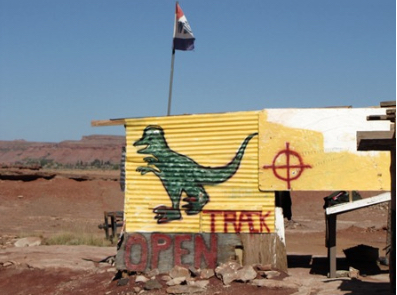 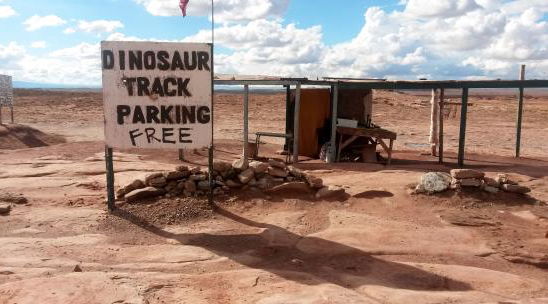 {"items":["0b77bb_595c7ee9712541c8a182d10f7a94b03e~mv2.jpg","0b77bb_c48805b2304948a49f210a955e8a6239~mv2.jpg","0b77bb_46786945815347d98f338c97ede1aeff~mv2.jpg"],"styles":{"galleryType":"Strips","groupSize":1,"showArrows":false,"cubeImages":true,"cubeType":"fill","cubeRatio":"100%/100%","isVertical":false,"gallerySize":300,"collageDensity":0.8,"groupTypes":"1","oneRow":true,"imageMargin":0,"galleryMargin":0,"floatingImages":0,"chooseBestGroup":true,"smartCrop":false,"hasThumbnails":false,"enableScroll":true,"isGrid":false,"isSlider":false,"isColumns":false,"isSlideshow":false,"cropOnlyFill":false,"fixedColumns":0,"enableInfiniteScroll":true,"isRTL":false,"minItemSize":120,"rotatingGroupTypes":"","rotatingCubeRatio":"","gallerySliderImageRatio":1.7777777777777777,"numberOfImagesPerRow":"3","numberOfImagesPerCol":1,"groupsPerStrip":0,"borderRadius":0,"boxShadow":0,"gridStyle":1,"mobilePanorama":false,"placeGroupsLtr":false,"viewMode":"preview","thumbnailSpacings":0,"galleryThumbnailsAlignment":"bottom","isMasonry":false,"isAutoSlideshow":false,"slideshowLoop":false,"autoSlideshowInterval":4,"useCustomButton":false,"bottomInfoHeight":0,"titlePlacement":"SHOW_ON_HOVER","galleryHorizontalAlign":"center","galleryTextAlign":"center","galleryVerticalAlign":"center","scrollSnap":true,"itemClick":"link","fullscreen":false,"allowSocial":false,"allowDownload":false,"allowTitle":true,"allowDescription":false,"loveButton":false,"loveCounter":false,"videoPlay":"onClick","scrollAnimation":"NO_EFFECT","scrollDirection":1,"overlayAnimation":"NO_EFFECT","arrowsPosition":0,"arrowsSize":23,"watermarkOpacity":40,"watermarkSize":40,"useWatermark":true,"watermarkDock":{"top":"auto","left":"auto","right":0,"bottom":0,"transform":"translate3d(0,0,0)"},"loadMoreAmount":"all","defaultShowInfoExpand":1,"allowTitleExpand":true,"allowDescriptionExpand":true,"allowLinkExpand":true,"expandInfoPosition":0,"allowFullscreenExpand":true,"fullscreenLoop":false,"galleryAlignExpand":"left","addToCartBorderWidth":1,"addToCartButtonText":"","slideshowInfoSize":200,"playButtonForAutoSlideShow":false,"allowSlideshowCounter":false,"hoveringBehaviour":"APPEARS","thumbnailSize":120,"magicLayoutSeed":1,"imageHoverAnimation":"NO_EFFECT","calculateTextBoxHeightMode":"AUTOMATIC","calculateTextBoxWidthMode":"PERCENT","textBoxHeight":0,"textBoxWidth":200,"textBoxWidthPercent":50,"textImageSpace":10,"textBoxBorderRadius":0,"textBoxBorderWidth":0,"textsVerticalPadding":0,"textsHorizontalPadding":0,"titleDescriptionSpace":6,"customButtonText":"","customButtonBorderWidth":1,"customButtonBorderRadius":0,"loadMoreButtonText":"","loadMoreButtonBorderWidth":1,"loadMoreButtonBorderRadius":0,"imageInfoType":"NO_BACKGROUND","itemBorderWidth":0,"itemBorderRadius":0,"itemEnableShadow":false,"itemShadowBlur":20,"itemShadowDirection":135,"itemShadowSize":10,"imageLoadingMode":"BLUR","expandAnimation":"NO_EFFECT","imageQuality":90,"usmToggle":false,"usm_a":0,"usm_r":0,"usm_t":0,"videoSound":false,"videoSpeed":"1","videoLoop":true,"galleryLayout":9,"gallerySizeType":"px","gallerySizePx":300,"allowHover":true,"mobileSwipeAnimation":"NO_EFFECT","gotStyleParams":true,"showVideoPlayButton":true,"selectedLayout":"9|bottom|1|fill|false|1|true","layoutsVersion":2,"selectedLayoutV2":9,"isSlideshowFont":false,"externalInfoHeight":0,"externalInfoWidth":0},"container":{"galleryWidth":2560,"galleryHeight":1440,"scrollBase":0,"height":null,"width":null}}
"Hi Katie,” Rory said over the phone. “I'm leaving Flagstaff in a few minutes. I'll be there in an hour and a half. Where can I meet you?"

"At the dinosaur tracks. Do you remember seeing them?"

"Yeah, it's the place with the t-rex painted on the shed, right?"

"Yep right off the highway, you can't miss it. I'll be waiting with bells on."

"I'd rather have you with nothing on," he joked.

"Me too, soon baby," she promised. She was running around doing last minute rallying for the spay and neuter clinic happening tomorrow. Now she could arrange her last stop west of town at the tourist attraction and bring him home for lunch. That was her plan for her man.

Rory was on his way back to Navajo country to see Katie. They'd been apart for almost four weeks, and he spent the last few of them beating himself up for his lapse with Jen. The only good thing was the fact that in the few times he had seen Jen since she acted as if nothing ever happened. He appreciated her for that, opting to forget it and not get Katie involved. Besides that, he just stayed the night in Jen's Flagstaff condominium. She was gracious enough to allow him and Katie to use it if they needed. She even handed him the key and made him put it on his key ring.

There's nothing there for her to get upset over so I just won't tell her, he decided as he followed Katie's directions to the dinosaur tracks.

Katie stood waiting in the stiff breeze for Rory to join her. They had only been apart for a short while, but she missed him and was excited to see his face close to hers again. She turned and placed a hand over her eyes to shield them from the bright sun. The dinosaur tracks started only a short distance from the parking lot. There were dozens of three-toed footprints the size of dinner plates. Millions of years earlier prehistoric behemoths stepped in wet sand along a beach. Those prints had been preserved for millennia.

She held her hand out for Rory as he climbed out of his car and ran to her. They hugged each other and turned when a lanky Navajo fellow in his early twenties came out of the wooden gazebo next to the dinosaur sign. A small terrier mix dog with shiny black hair followed him closely.

“Hi, I’m James. Do you want the guided tour? For both of you that will be five dollars.”

“Do you want to see this Rory?” Katie asked.

“We might as well we're already here.” Rory nodded. 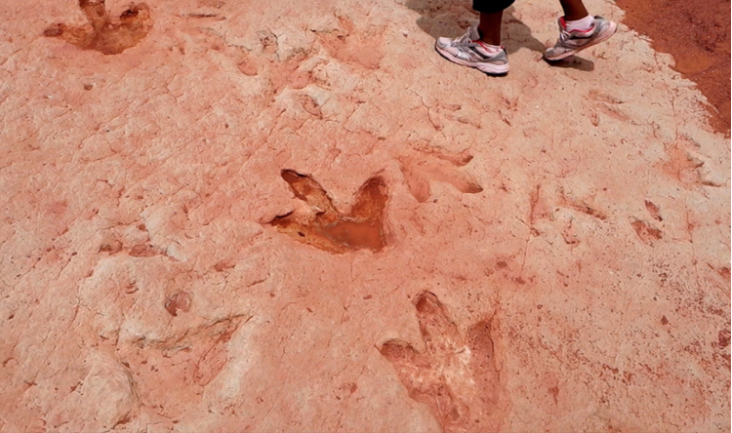 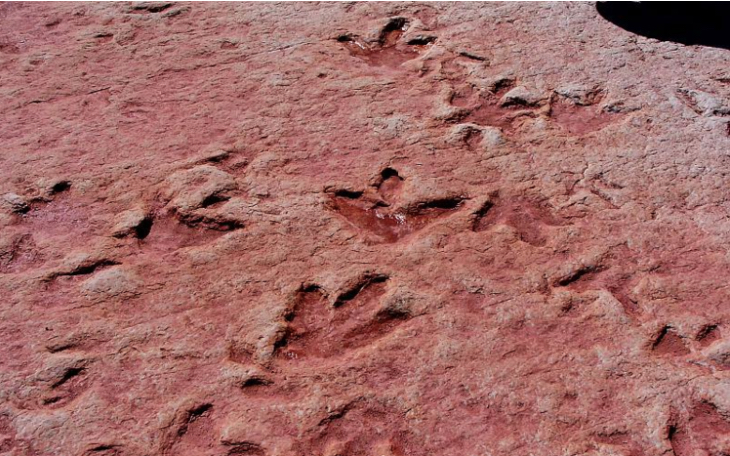 “Pleased to meet you,” Rory said nodding. He was digging in his pocket for a five-dollar bill. He found it and gave it to his new friend.

“Thanks,” James said. Grabbing a water bottle, he turned back to them. “Ready?”

They nodded following him past the woodshed with the yellow dinosaur painted on it to the million-plus-year-old artifacts. They walked close to him so they could hear him over the wind. The small black dog followed them staying next to James.

“So how old are these tracks?”

“Two hundred million years. Something like twenty different dinosaurs from several different species, large and small, full-grown and young, two-legged, three-toed carnivores walked here crisscrossing each other’s paths in all directions. Next the prints were covered over with a protective silt that was finer than the sand.”

“What did the Native American ancestors think of the tracks James?” Rory asked.

“It fits right in with the creation story. Remember giant lizards inhabited the Fourth World? This place was Naasho’illbahitsho Biikee or Place of the Big Lizard Tracks. Monsters ruled the land, including terrible lizards.”

“But how does that fit into your creation story?” Rory wondered.

“The first human born in the Fourth World, Asdzaa Nadleehe, gave birth to twin boys, Naayééʼ Neizghání, Monster Slayer, and Tóbájíshchíní, Born For Water. They grew up to be the Twin Heroes. Battles between the Twins and the monsters took place all over the Navajo World. Each time the Twins prevailed. They buried the beasts in the ground and turned them to stone. Eventually, the Twins rid the world of monsters and people inherited the Earth.”

“This is limestone we are walking on,” James explained referring to the buff colored red rock that was all around them in this corner of the world. They were walking on a dried up lake bed, now just an expansive red rocky, windy plateau with fossils in it.

Footprints of animals of different sizes formed depressions in the red limestone. James bent down and squirted water into the ancient prints to better outline them.

“No one worries about foot traffic?” Rory asked as they walked over and on top of the two hundred-million-year-old exhibits.

“It's rock,” James said. “See this group here? This was a raptor family; father, mother and baby,” he said circling a group of large medium and tiny three-toed prints with a stream from his water bottle.

“How does he know they were all related?” Rory asked quietly.

“I told you there were discrepancies. Still, it’s really neat to see this,” Katie whispered back.

“Come this way.” James led them a hundred yards up a dry streambed where a twenty-foot circle was outlined by a rocky cairn. It appeared to be a fossilized gravesite with some of the bones of the deceased protruding from the red stone. “Here is the rear end of a raptor,” James said.

“It looks like a hip and two thigh bones,” Katie surmised.

James nodded. “It was called dilophosaurus. That was the three-toed giant lizard that made most of the marks.”

“Were these the things in Jurassic Park that attacked the people in the main building?”

“No that was velociraptors. Dilophosaurus was in one scene when the fat guy stealing the DNA samples became stuck in the mud. Remember when he left this jeep to twirl the direction sign?”

“Oh yeah,” Rory remembered. “You mean the one with a flamboyant collar? That was a dilophosaurus?”

“Yep, it’s called a frill in the movie. It expanded and rattled just before he attacked the man. He spit a venomous substance at the fellow, although it would have been easier to tear him apart. They are much bigger than we are.”

“How big do you think it was?”

“Almost as big as a horse but twice as long with the tail.”

Rory stood up and looked around. “Wow, it’s amazing just imagining these big old lizards running back and forth on the beach here,” he marveled looking up and down the dry, hard, red-rock river bed.

James led them onward squatting at various places others outlined previously with large rocks, each circle showing a precious artifact. Here was a t-rex print and over there was an entire pterodactyl skeleton lying with wings outstretched. 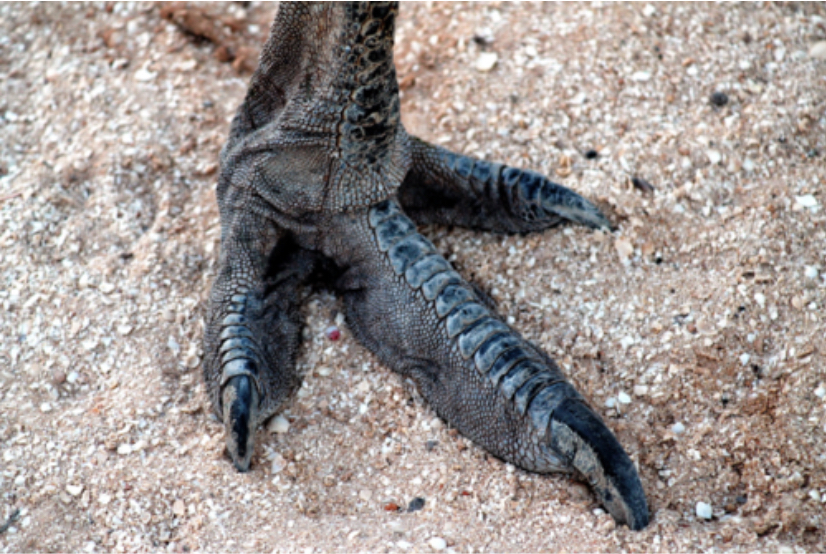 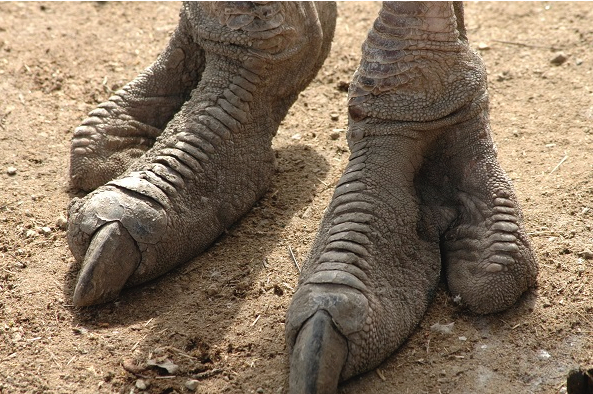 “It cannot be an ostrich. The emu is the ratite with three toes Rory,” Katie corrected.

“How in the hell did you know that?” He knew she hated exotics as much as he did.

“I’ve been here before, and there are other inaccuracies, but I’ll wait for you to see if you can pick them out.”

“See those dark circular rocks up along the bank? Those are dinosaur droppings. And dinosaur eggs are up that way,” he pointed further up the dry riverbed. Only the crunching of shoes on red gravel was heard as the group traveled to see James’ stone eggs and dung samples.

To Rory, the dinosaur droppings appeared to be darker rocks that came along during later floods, not petrified dino turds. He was becoming bored of the hike, tiring of untangling the bullshit from the really neat things.

Katie pinched him reminding him to be polite.

“Thank you for the tour James,” she said when they were walking back.

“I’ll see you tomorrow at the clinic, I hope? We need to get your friend castrated and vaccinated. You can get the surgery done free tomorrow because of the fair. I can send John over if you need a lift.”

“Okay, tell him he can pick me up at the house.”

They returned to Katie’s car.

“Wow does the wind blow like that all the time?”

“Pretty much up here.”

“Have you met James before?” Rory asked. “You seem pretty comfortable talking to him.”

“I know his relations. His mother is from Kayenta. She is in the Tachiinii clan as I am. Increased respect is expected when relations bind individuals. They are many of my clan in Kayenta.”

“What was true and what was fiction back there with James, the scientist and historian? I looked closely at him; he believes what he says.”

“That’s mean, Rory. He can only explain things as he has been told. Besides most people just want a story to go along with their pictures to show their friends. They don’t need it to be accurate. Look at the success the National Enquirer has when it plasters total bullshit on its cover. Why is this a thing?”

“Because it portrays your people as illiterate and poor.”

“We are illiterate and poor, Rory. That’s why I’m here, to give people hope, not by pooh-poohing their viewpoints.”

“The three-toed tracks are real,” he began an evaluation of the event.

“Yes the tracks and the bones are fossils from a raptor called dilophosaurus, but the other things are fabrications. And this isn’t part of our creation story either. We would not have known these prints were from giant lizards, any Diné would think these were bird tracks.” 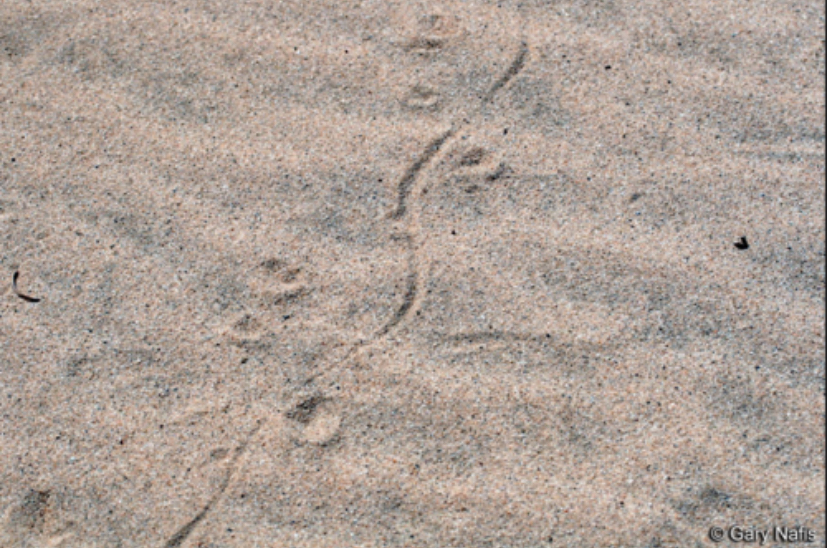 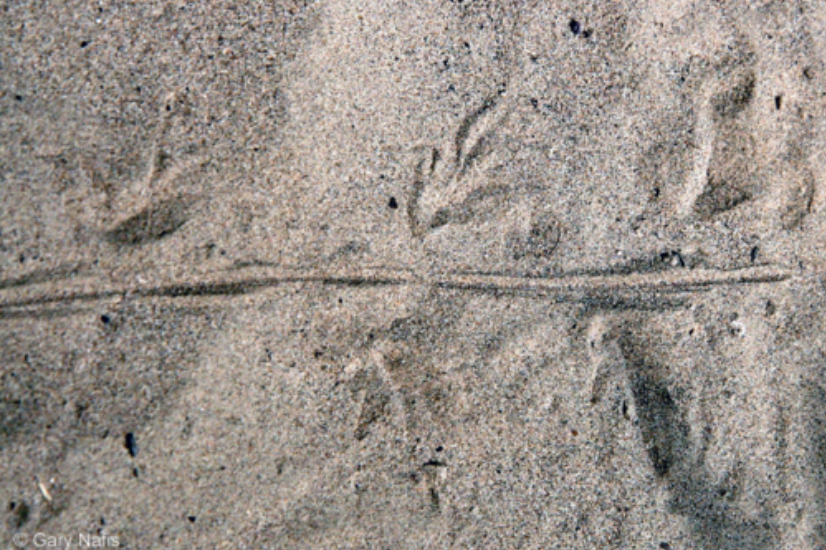 “Lizard tracks are bisected down the middle by a solid line, the tail drag line. These fossil prints have no tail lines. We wouldn’t ascribe these tracks to giant lizards, possibly giant birds because eagles have three claws. These prints meant nothing to us, and the lizard name was coined in the last hundred fifty years from Mormon explorers, a definite bilagáana influence. The original name for this place is Tó Naneesdizí. It translates as tangled waters which probably refers to the many underground springs that are the source of several reservoirs.”