Dr. Behboodi parked the truck and went up to the check-in table, the interface between the hot zone and the outside world. This is where the bright orange ugly plastic fencing started. It was the only way into or out of the hot zone. The camp was bigger than Katie thought. Several buildings were tucked behind the first group, and the place was very busy. Everyone working wore hospital scrubs.

Dr. Behboodi signed the daily ledger and walked to a curious collection of white boots hanging upside down on wooden sticks. Their white soles were colored red from the iron oxides in the dirt. Although the stains were permanent, the boots had been thoroughly scrubbed, disinfected, and hung upside down to dry out. Dr. Behboodhi was a regular. He found his name on a pair of the upside-down boots and took them.

After directing the group through the sign in stage, he showed them the changing station.

When they assembled again, everyone was wearing green surgical scrubs. They reminded Katie of her vet school days in the teaching hospital. Everyone was also given a pair of white boots.

“Would you like to write your name on the boots, Dr. Reynolds?”

“Sure.” She watched the smiling woman print ‘Dr. Reynolds, U.S.A’ on the boots with an indelible black marker.

“Your clothes will be kept in a locker until you return.”

As they made their way through quarantine Katie began to feel nervous. She walked about in her scrubs and her clean white boots, feeling somewhat exposed, like a newbie. It was like the first day at vet school, but she was much more nervous.

Following Dr. Behboodhi, the group walked to the check-in table for a review of the stats, located on three marker boards behind the front desk. On the left side of each board were two rows for the names and dates of entry for everyone inside. More than sixty were listed.

To the right were several squares, which could be checked off, showing the stage of infection of each individual. The first square was for “suspected infection.” The second square was for “confirmed/asymptomatic.” These were patients with a positive blood test, but no symptoms of the disease yet. The third was “fever,” the fourth, “vomiting/diarrhea,” and the fifth was “neurological signs.” A new square, at the end was drawn on with a different color pen. This was a list of those who were pregnant. Katie counted eight pregnant women who were infected. This square was divided into subcategories designating the status of the fetus, or newborn baby, “normal,” “miscarriage,” and “birth defects.”

She followed the group to the right of the table and through the entrance to the fenced-in camp. Just inside the entry was another table, holding facemasks, and rubber gloves. She put on a mask and picked out her size of gloves.

“These are PPA hoodies and whole body, step-in zip-up uniforms further in,” he began.

“I’ve been in these suits, already, Dr. Behboodhi. I helped Dr. Schwabe with the Hendra outbreak in California.”

“Good, you are required to wear them if you plan on touching anyone past the second group. The third group is on the other side of the fence. We won't take you in today as you don’t have proper training yet.”

Dr. Behboodi went on to explain the rules and protocol. “The groups are collected in separate areas to alleviate confusion. In essence, just stay on this side of the fence when you are not wearing a PPA. Follow me, I’ll show you the ambulance entrance.”

The woman in charge yelled to three other PPA clad individuals who all looked like they wore space outfits. “We’ve got two teams coming in, get ready.” They were in plastic wear from head to toe, complete with goggles and gloves.

A second entrance was here, to allow vehicles in. Ambulances drove down a road between two hastily constructed sheds. The ten-foot corridor opened into a drive-around where they took the almost-dead people to receive medical assistance or last rites. These were non-ambulatory patients, brought in on stretchers by ambulance and their presence posed even more cleanup problems. If an infected threw up, defecated, dribbled urine, or leaked diarrhea, the entire ambulance became a potential infection spreader

Cecilé was specially trained as an ICT, an infection custodian technician. He wore a sealed-up PPA suit, entirely rubberized from head to toe. All ICTs came equipped with a garden sprayer containing a disinfectant. After the patients were taken out, and their body fluids cleaned up the technicians sprayed the inside of every ambulance. This was important as those fluids teemed with millions of infectious particles.

Dr. Behboodi explained what they were seeing. “Some of the ambulances haven't been emptied yet. The patients inside are near or at death, still warm and movable, and still breathing. The distinction is important. Dead people are carted off to the left, while those still breathing are carried into the hospital. It's their final chance for earthly salvation.”

Katie saw Jay wearing scrubs and a mask, but no PPA. She felt a sudden rush of affection, driven by the comfort of familiarity. She needed someone who could stand strong in this turmoil of war and pestilence.

“Hello Dr. Sukkar, it is good to see you today, my friend. I have brought Dr. Reynolds here. I gather you know each other?”

“Yep,” he smiled, shaking hands with them both.

Katie was unnerved. “How can you be so casual about this, Jay? I’m blown away. I had no idea this nightmare was happening.”

“I thought you were familiar with this, Katie?” Jay replied.

“Not to this extent, there were mostly horses involved, only two, three people. This is a village!”

“Just keep your mask and your gloves on, Dr. Reynolds, and don’t touch anything unless you have your PPA on,” Dr. Behboodi replied.

“It’s okay, Katie,” Jay reassured her. “It’s more manageable than you think, as long as we maintain strict protocol and cooperation.”

Cecilé waved from the other side of the orange fence to get Dr. Sukkar's attention. “We have bodies in each ambulance, Doctor.”

“I cannot confirm whether they are dead until I have my own PPA on,” he yelled back. “If the person does not move when you push at them, shine a light in their eyes to see if pupils constrict. If not push on their eye. Assume they have died if you get no blink reflex.”

“You’ve got to approach everything you do carefully.” Jay turned to Katie. “It’s very hot inside the PPA outfits, so you have to work to concentrate. It’s very easy to slip up when you’re overheated and distracted. Dead bodies obviously have a high level of bacteria, so it’s a risky place to be. Cecilé has been specially trained as an ICT, but he needs a break very soon. He has been suited up for a while now. If you'll excuse me, I am going to suit up and take over for him.”

Katie’s group followed Dr. Behboodi to the admitting tent. The incoming, were separated from those inside the tent by the fencing, which made a kind of corridor along the tent wall. The corridor was wide enough for a stretcher to be set on the ground. Plastic lawn chairs offered a place for the ill to sit while they waited to be checked in. Those who were too ill to rise from the stretcher were carried to an exam table. This admitting area was cordoned off and allowed only those with full PPA gear allowed inside. Katie’s group stayed away from the fence and watched as a patient was laid on the table. 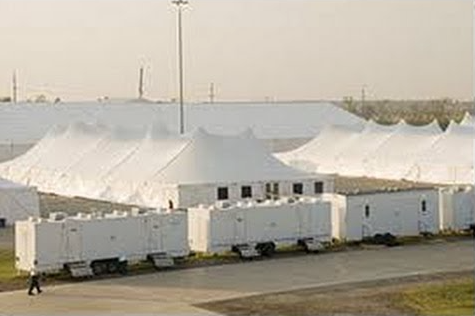 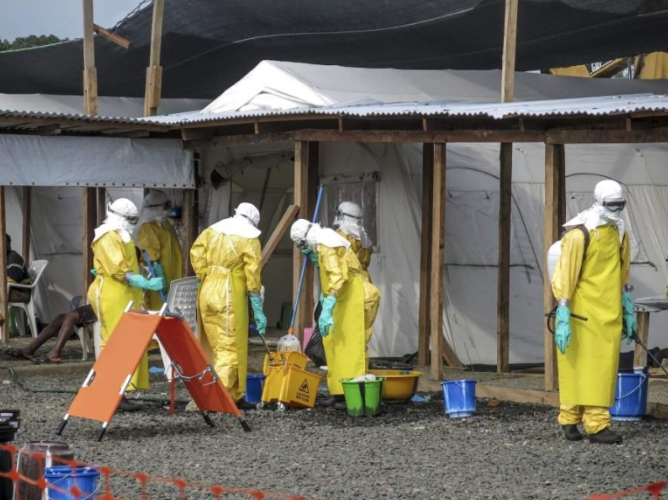 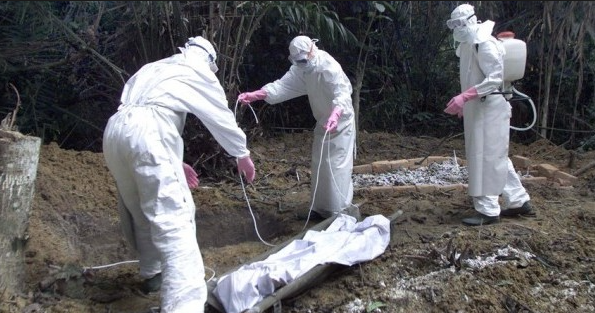