THE SECRET TO SUPERB ENGINEERING IS TO KEEP IT SIMPLE, STUPID.

I'm not talking about taking out Fort Knox, or shooting planes out of the sky. I'm thinking of a smaller, easier to hold weapon that is accurate enough to hit the side of a barn from one hundred feet away, or someone's front door from thirty feet.

A top secret photo of a new weapon came across my desk from my of my field agents, and my department was tasked with the job of verifying authenticity. We needed to be sure this was an actual diagram, not a deceptive decoy that could blow up in our face. With help from the spy lab at Quanttico, Virginia, we were able to create a working blueprint from the above plans.

This is a top secret image smuggled out of Carbondale, Illinois three years ago. Using this image as a guide I was able to reconstruct the thing to my satisfaction. We knew right away this was a Russian gun, otherwise it wouldn't have been spray painted white. They paint things white over there to blend in with the snow. As you can see from the photo this military production laboratory was in high gear. There's another gun ready to go. It's behind the Russian fellow. And that saw on our right looks like it's made in Russia too. It still has snow on it.

It took us six months to decode the intercept. One of my agents spilled coffee on the plan, then accidentally turned it over, which opened our understanding. The initial plan was diagrammed the wrong way, probably on purpose. Switching it to match the photograph you can see how top notch my top secret unit is. Now it makes sense. The Russian fellow's hand is on the rekrapS nretnaL, or Lantern Sparker, depending on which diagram you are looking at. And I bet you rekrapS nretnaL is Russian for Lantern Sparker. Or possibly German.

Still unsure about the safety of the copied gun I waited to test it until another plan came out. This one was on the internet under Potato Cannons. Close evaluation eased my mind that the smuggled photo was not a deception, that the plans were indeed real. It was time to load and fire. And guess what? I'm still here! The Russians no longer hold the secret to making these guns. Now you can sleep better.

Excerpt from The First Altar, Chapter 3: The Wedding

Rory and Katie walked from the hut holding hands as people gathered around them offering congratulations. Then everyone headed to the tables for food and drink.

Byron ran to the BBQ to turn the meat while David arranged for the potato cannon salute.

“Which of you girls can fire a potato cannon?”

Janie raised her hand. So, did Honey. Both girls had been to weddings here before, so they knew how to lock and load.

“Okay we have seven guns, so a twenty-one-gun salute means we have to do this, three times. Is everyone ready? Does anyone need any help?”

“David, I don’t have a plunger,” Janie complained.

“It’s behind you,” Byron said. “It slips out when you turn the gun upside down and don’t pay attention.”

“I always pay attention, Byron, it wasn’t here from the beginning,” she remonstrated.

David emptied a five-pound sack of potatoes into a feed bucket to give everyone easy access to the ammo. The gunners gathered around to pick up the first round. A potato gun works by pushing a potato down the barrel, effectively blocking any way for expanding gases to escape. With no way but forward through the tube, the gases force the wedged potato out at a surprising velocity.

Loading a gun is simple. David sanded the ends of the barrels into a sharp edge; this peels the excess off the potato when a person presses it into the barrel. First, you wedge it in as far as you can with your hands, then push with the plunger until the potato is set just in front of the combustion chamber.

The next step is to load the thing with fuel by unscrewing the threaded cap at the butt of the gun and spraying hairspray inside the combustion chamber.

“Better let me spray for you Janie,” David said. Being canon squad leader, he gave the orders. “And you too, Honey.” He figured he’d better not trust any woman for this important job. “If you spray too much, you’ll wet the sparker, and your weapon won’t go off. And if you don’t screw this cap back on quick the propellant will sneak out like a fart, and there won’t be enough left to push the potato out,” he explained.

Finally, after five minutes of fussing and fumbling, David asked: “Is everyone ready?” With seven head nods and affirmative murmurs, he began the countdown. “Rory and Katie, here’s your salute. Attention, Honor Guard!”

David paused to examine his rifle line. “Xipe, it’s a straight-line formation, back up a little.” Everyone assumed the at-ease stance while Xipe repositioned.

Four of the cannons blew taters out instantly. It was fun watching them sail into the next pasture. One made its way across the stream. Then guns five, six, and seven went off a few seconds apart, delayed because sometimes the sparker doesn’t spark precisely right until the third or fourth time.

Now there was a rush to reload as seven hands rummaged in the feed bowl for more ammo. Three or four minutes later the squad was lined up smart and straight.

“Ready, aim, fire!” Shots eight through fourteen riddled the air for a moment.

The now experienced team reloaded and resumed firing positions within a minute, for the final round.

“Ready, aim, fire!” The salute worked, and David was proud.

Smiling, he nodded. Still not done, he raised his hand, continuing in a loud voice. “Order arms!”

Only Byron and Janie remembered this command. Grabbing their rifles by the barrels, they held them next to their body with the butt on the ground. The others caught on and imitated what Byron was doing.

Then David yelled “Port arms!” and everyone followed Byron as he lifted the gun back up to his shoulder.

“Right face!” Everyone did this correctly and smiled as they realized they were facing the food.

“Forward march!” And they did this well too, for about seven or eight steps before the squad fell apart.

“Set the guns in the back of my pickup,” David said as he and Byron started pulling meat chunks off the grill. It was time to eat. 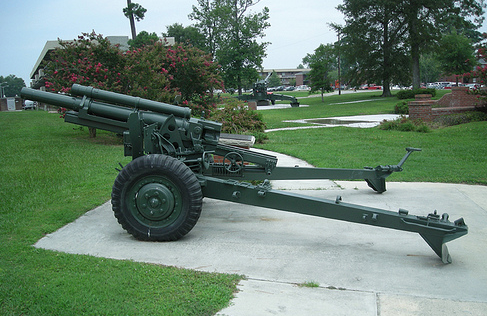 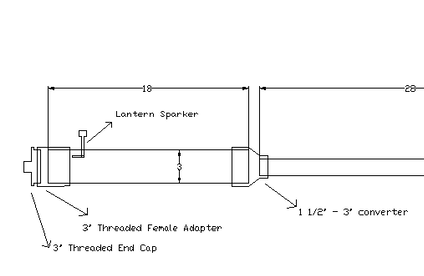 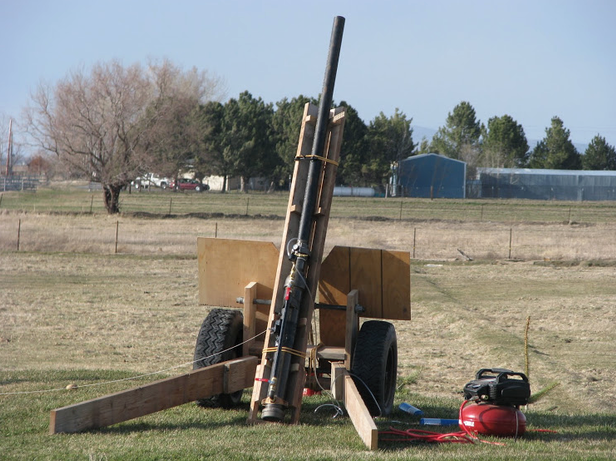