Byblos, where the Bible found its name

The drive out of Beirut went smoothly. There were no roadblocks or checkpoints. Jay drove through the suburbs following the coast route. Evidence of the recent battles diminished, and Katie relaxed, at ease for the first time in two days.

René gazed out the window. “Now this looks like the Mediterranean vacation I’m talking about.”

“We call this the sahil.” Jay gestured to the land between sea and mountain. "Long ago, before the Romans were here, this entire coastal area was covered in forest. Vast stands of giant Lebanese Cypress trees grew tall and fast from the ocean rains. They stretched from the beach to the tip of those mountains.”

“They were cut down over the last three thousand years to feed civilization’s growing pains. Now we have few trees on the eastern side of the mountains, and none along this sahil, the coastal plain.”

“Byblos grew because it exported timber?”

“Yep, Byblos was an important Egyptian outpost in ancient times when it was known as Gubla."

Gubla had a long history of trade with Egypt, especially in cedar wood, and Egyptian influence can be seen in its art and its religion. The city got its Greek name, Byblos, from its exportation of papyrus paper (called by the same word); later this Greek word came to mean books in general, which is how the Hebrew/Christian scriptures have come to be called the Bible.

“We’re starting at the time of the Crusades in the citadel up here,” Jay said pointing to the prominent blocky limestone fortification at the top of the rise in front of them

"We're going back in time as we descend from this stone fort and walk downhill towards the ocean.

“Back when, Jay? During the Crusades?”

“No, Katie, way back to Old Testament time when Egyptian pharaohs were alive. The name Byblos appeared later, when the Greeks, preferring Egyptian papyrus for the paper scrolls exported from Gubal. The Greek name for papyrus is Bublos, that’s why Gubal became known as Byblos, the papyrus place. This is where the English word for bible comes from. It started as a Greek word for Egyptian papyrus.”

“Really? I love that kind of stuff.”

“So do I. The time period is called the Late Bronze Age. Coastal villages sprouted along this sahil every twenty or thirty miles. Natural harbors and islands determined where the towns would be.

sparkling Mediterranean. Other than the citadel and a Lebanese stone house, rocky foundations were the only things remaining. Wood, metal, anything of value disappeared long ago, leaving the gaping underbelly of a previous society. The largest pieces of stone were gone, used to enhance other projects. Only square and rectangular stone foundations were left.

“Jay, you said Byblos was an Egyptian outpost," Katie asked. "When? I didn't know Egypt threw its influence this far north.”

“This was as far north they came up until the 18th Dynasty, the one the ended with King Tut. That dynasty pushed all the way into Iraq briefly, but settled on a sort of DMZ zone that ended along this coast anywhere from Byblos north to Ugarit, in Syria. This was the shifting eastern front for the Egyptians 18th Dynasty.”

"Why was it so valuable to the pharaohs?” René asked.

“For the treasures the area offered. Egypt was gradually taking over the Sinai Peninsula, digging thousands of mines to extract copper.

And they needed wood, big wood, and only giant pieces of cedar wood could span the vast expanses of their gigantic temples and pyramids.

Giant cedar trees of Lebanon were exported to Egypt in exchange for papyrus, ivory, ebony, and gold. We also sent them wine and olive oil along with spices they never experienced before.”

“Really, show me the heart of old Byblos, where it all started Jay,” she asked. He had sparked her imagination.

“Its earliest name was Gubla, and began as a small village with a spring coming up close to the bluff overlooking the sea. See that hole in the ground with a bunch of stones?” He pointed midway between the castle and the stone house. “Here follow me.”

The sacred area of Byblos grew up around a spring in the centre of the settlement in the 4th millennium B.C. This spring was later transformed into a sacred well and sometime in the first half of the 3rd millennium B.C. a sacred lake was created between the two most important sanctuaries: the temple dedicated to the goddess Baalat Gebal, the Lady of Byblos, and the L-shaped temple dedicated to a male god, probably Baal, the male counterpart of Baalat Gebal.

They made their way to a large stone lined depression in the middle of the ruins.

“How could this be a spring?” Katie asked. “It’s twenty feet down.” She was looking at a large hole in the ground totally protected by hand set rocks to make a circular wall large enough to allow people to descend down a circular path to a smaller rock lined hole.

“See that lower hole, with the rocks around it at the bottom of the stairwell? That’s the original spring, and that’s how much lower the first village was five thousand years ago.”

“That’s amazing, that living in a place can do that.”

Byblos, where the Bible got its name, Chapter 14 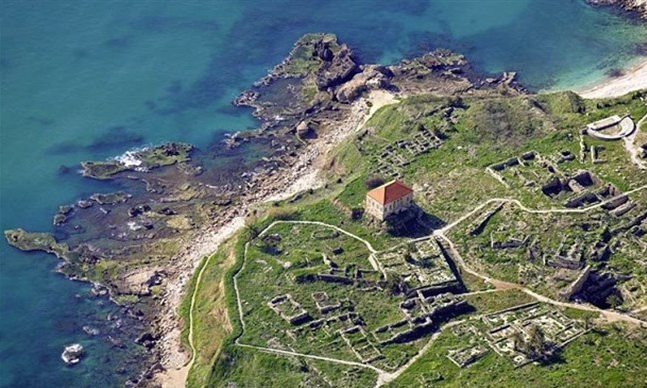 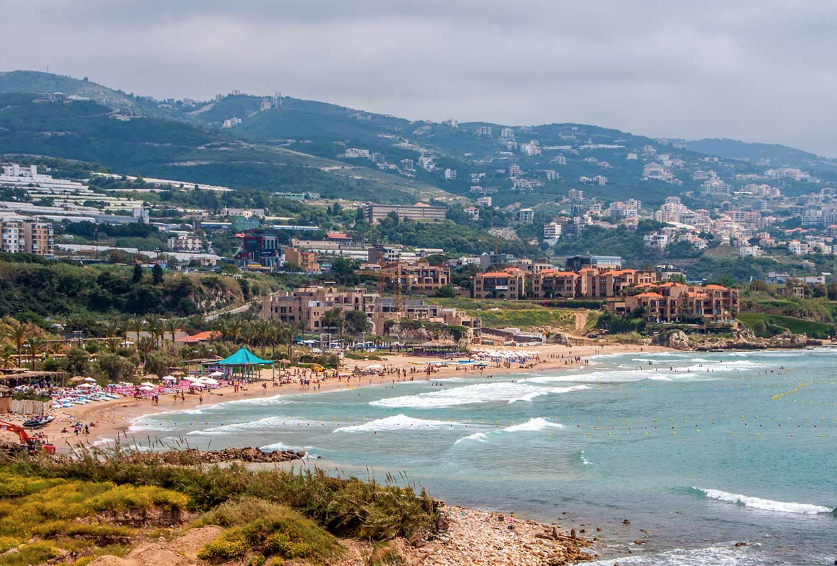 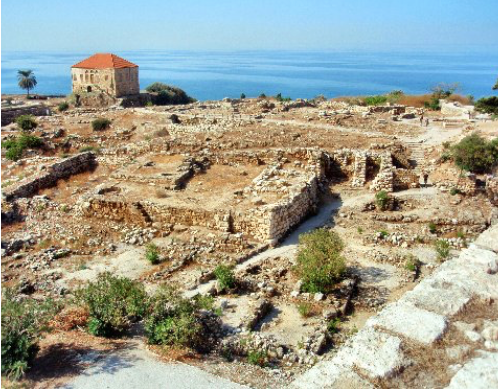