“We got 580 out, and the Park Service originally told us there were 300 - it was a staggering operation completed two months ago with every burro flown out by helicopter. The fund used 40 horses, four mules, eight cowboys, 17 dogs and two helicopters in an operation that cost about $500,000. To avoid injury to the burros, we did not use one drop of tranquilizer.”

“Five minutes!” The man yelled across a collection of temporary animal pens laid out on top of a dusty, lightly forested plateau. The wild donkeys in the pens heard the noise and directed worried glances toward the roaring thing slowly rising above the ridge over the Colorado River.

A group of six people gathered near the edge of the helicopter-landing site. Huddling in two groups, they tried to make small talk while the noise level increased. Talking soon became impossible as the irritating man-made noise, the incredibly loud whirring and whining of the flying machine overwhelmed them. 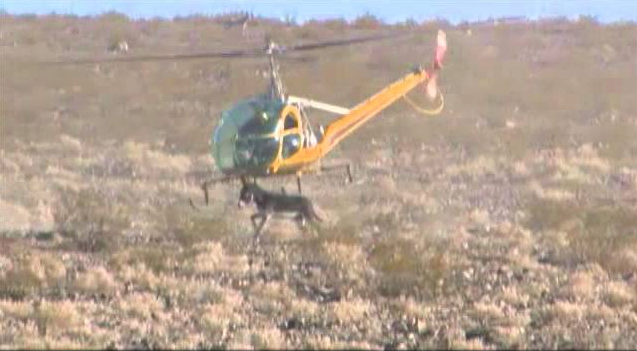 The thing about helicopters is the way they rudely violate the air, making a thump, thump, thump, a sound loud enough to cause a headache. This is the drumbeat of progress, Katie thought. She hated the high-pitched whirring it made when the steering rotor came within earshot. Everything about them was audibly corrosive and unsettling.

Rory, Katie's cowboy-hatted boyfriend was a young sturdily built man with sand colored hair and a mustache he thought made him look older and more distinguished. He nodded his head and used hand signals to communicate with the pilot.

Everyone's eyes followed a fifty-foot line hanging tautly from the helicopter. Rory pushed his hands skyward to urge the craft higher until the bundle at the end of the line came into view. It was a net cradling a four hundred pound burro captured by cowboys at the bottom of the Grand Canyon. The burro's front feet and head looked out at one end, and a butt with two legs and a tail poked out the other. 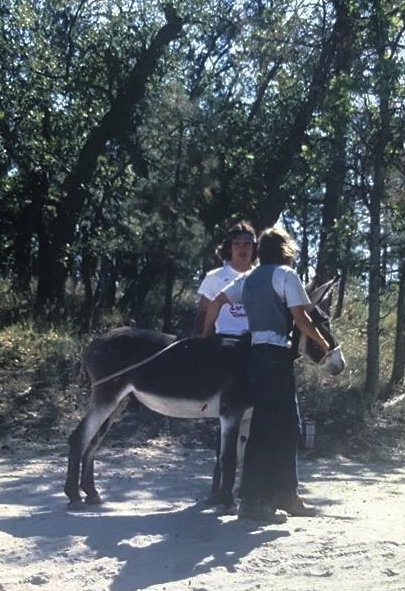 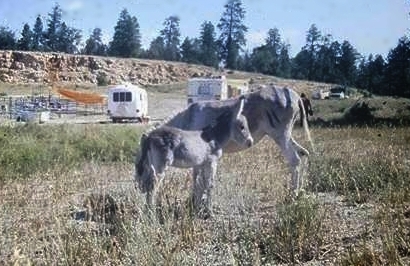 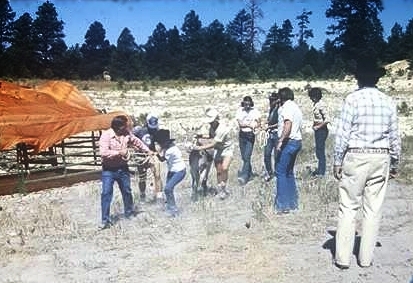 The fifty-foot rope allowed the helicopter to keep high so the dirt didn't blow in the faces of the helpers, and the cowboys could work without worrying about their hats flying off.

Katie turned to make sure the others were paying attention. The wind rushed at her, pulling at her long black hair. She readjusted it under her green baseball cap pushing wayward strands out of the way. This place was her home. Katie lived in the Grand Canyon area until she went away to college. A tall slender, half Navajo woman with copper-colored skin and brown/green eyes, she was also the love of Rory's life.

“You folks ready?” She yelled and waved to the others.

“Ready, Dr. Reynolds.” A young woman hollered back, and the others nodded. Having processed several donkeys already today, they knew what to do.

The ground crew jumped to action when the copter hovered above them. The quick stop it made set up a back and forth movement at the end of the line, and the burro began to swing somewhat wildly. The cowboys advanced in a line, watching the thing sway to their right. Then, as the pendulum pulled the beast to the left, they rushed in to grab onto the lowered burro feet.

Rory motioned the pilot to drop down a few more feet. They got a halter and lead rope on the burro, the net was unhooked, and the copter headed back to the airport taking it's loud, abrasive noise with it.

“It’s a jenny, Katie.” Rory walked with her toward the group. “Do you have the meds?”

They fell into the routine, working quickly and efficiently. After being checked for any bumps and bruises from the flight, the animal was wormed and vaccinated before being released into the holding pen. They also drew blood for infectious disease testing.

“What about the microchip, Katie?” Rory asked.

Katie handed him a syringe with a large bore needle allowing him to place a glass-coated microchip into the burro's neck.

“Well, that’s it you guys, that's the last donkey for today. We’ve got the afternoon free. How’s your leg, Katie?”

Rory bent down to rub his hand along her leg where she had been kicked earlier in the day.

She popped him on his cowboy hat. “It’s fine; it's only a bruise. I can still go dancing, in case you’re thinking of weaseling out of your promise.”

“I wouldn’t do such a thing; it was hard enough just getting you out of Tuba City. You act like its a thousand miles away. I was going to tie you up in bed tonight. Come on, let me see where your bruise is.”

“Stop it; you’re a tease and a baby. Tuba City’s only an hour and a half away. How are we going to have any long distance relationship with you whining every week?” 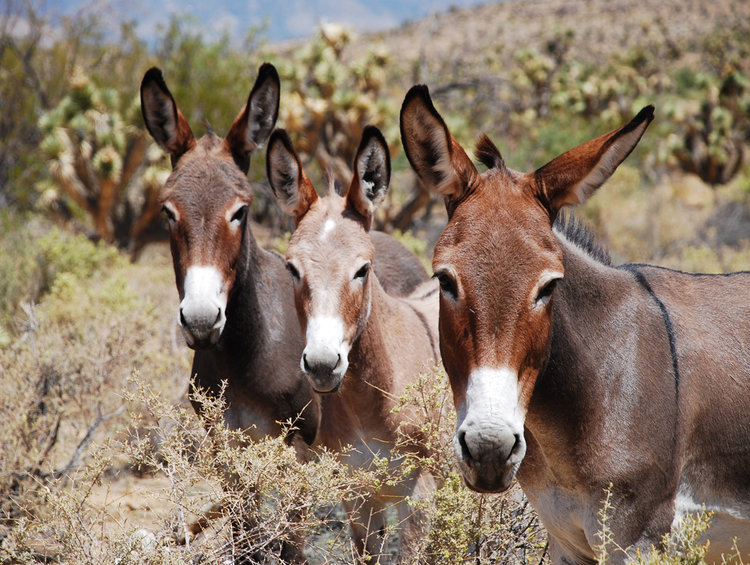