“Rabies, there is no rabies virus living in Australia yet, and the Australian government wants to keep it that way.”

Things quieted for a while and Jen changed the subject. “Why are Australians so afraid of rabies?” She asked.

Jen backtracked and tried a different approach although she couldn't hide the irritation in her voice. “What I meant is that other countries have rabies and the people seem to be doing okay with it. What makes rabies such a dire consequence if it enters Australia?”

Billy didn’t answer her. They had talked enough. He pulled into the lot at the paint store and exited the vehicle. Jen opened her car door and hurried to follow him inside. She walked to the color wall and started pulling out color samples.

“There seems to be a lot of concern over rabies in Australia,” Jen said. “Why is that such a big problem?”

“Australia’s stringent import requirements have successfully kept rabies out of the country. However, as the world’s climate and populations are continually changing, there is always the possibility of the virus entering virgin territory. Currently, a breakdown in keeping Australia rabies-free is the threat from the Indonesian island archipelago.”

“Australia’s tough import requirements have successfully kept rabies out of the country. However, as the world’s climate and populations are continually changing there is always the possibility of the virus entering virgin territory. Currently there is the threat from the Indonesian island archipelago.”

“They are islands to the north and west of Australia. Twenty-two of the thirty-three provinces in Indonesia are experiencing a spread of the rabies virus. Just five hundred kilometers north of Darwin, the island of Palau Jamdena fell to an outbreak that probably came in from a dog on a fisherman’s boat. Nineteen people on that island died of rabies. Australian officials are worried rabies will jump across the Torres Strait to the Cape York Peninsula.”

“Give me your worst-case scenario.”

“Okay, a fisherman’s boat leaves Palau Jamdena and travels south-southeast for two hundred kilometers catching lots of fish when motor problems develop, and the fellow comes aground at Garig Gunak Barlu National Park. One of the dogs on board is developing a rabies infection that hasn’t blown up yet. The dog is a male not neutered of course and runs off when he scents a bitch dingo in heat. And, bingo! Rabies has just been introduced into Australia. That’s how easy it is.”

“I never thought about a rabies epidemic before. We just always vaccinate our animals at four months and keep them current after that,” said Jen. “Why don’t you do that here?”

“It's a combination of factors,” Carrie said. “The northern territories have a sparse human population and hundreds of wild dogs, dingoes. The Aboriginal tribes make up most of the population and they don’t have the knowledge, organization, or finances to make vaccinations an easy option. Wait here a moment! I'll see if I can find one of Holly’s old books.”

She returned in a few minutes carrying a textbook on infectious diseases between people and animals.

She looked up Rabies and began a recitation: “Both North and South America were free of rabies until sometime in early 1800 when it was brought over by an infected animal from Europe. Once it came to the Americas, rabies inserted itself into the native populations of wild carnivores, dogs, skunks, coyotes, wolves, foxes, and bats. Once in these populations, it is spread through their saliva when they bite their prey." Carrie was a very thorough person, she read the whole chapter.

“Yes,” Carrie answered, “And here is what the infection does to humans.” Carrie continued to read. “The virus begins reproducing in muscle cells near the bite site during the next two days. During this time of local viral replication, the bitten person feels tingling, burning, and numbness near the wound. Shortly afterward the new viruses find a nerve close to the infected muscle and travel along the nervous system until they reach the spinal cord. In people, this stage causes fever up to 102 degrees, also irritability, malaise, headache, and increasing anxiety.

Once in the spinal cord, the rabies viruses continue to move towards the brain. When it enters the brain, the infected person becomes confused, exhibits bizarre behavior, and may hallucinate. The body temperature continues to rise as high as 105 degrees. Soon after that the individual becomes abnormally sensitive to bright light, loud noises and reacts violently from others touching the skin or trying to hold the infected person’s hand for comfort.”

“They don’t even like to be touched! How horrible.”

“I know,” Carrie replied. “And it gets worse. As the virus continues to replicate within the brain, damage to the brainstem occurs. Mild spasms appear in the throat muscles, the voice becomes hoarse and swallowing and breathing become harder. The throat muscles get so irritated and painful the mere sight of water evokes spasms. The combination of excessive salivation and difficulty in swallowing produces the traditional picture of foaming at the mouth.

After reproducing in the brain, the virus travels to the central nervous system along nerves connected to the salivary glands, the kidneys, the lungs, and even the muscles. The infected person becomes paralyzed and can no longer swallow. Soon the respiratory muscles of the diaphragm quit working, and the person dies because he can no longer breathe.”

“Suffocation, what a horrible way to die!” Jen exclaimed as Carrie closed the book and put it on the table.

Rabies: Death From Down Under, Chapter 12 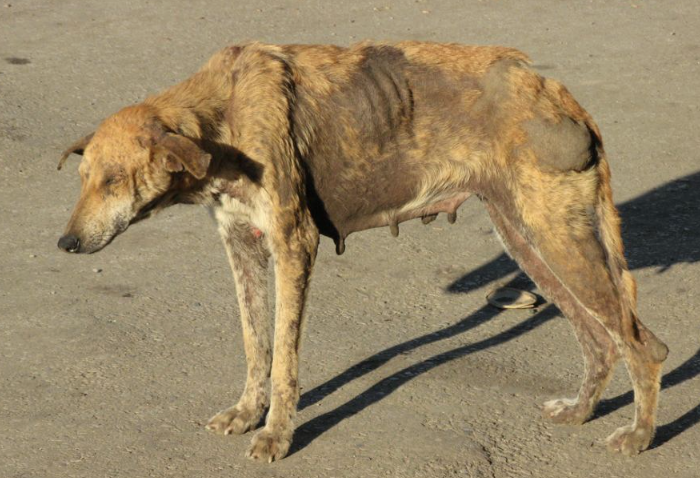 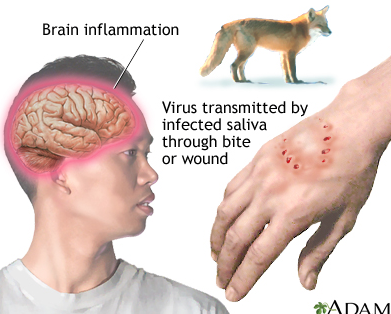 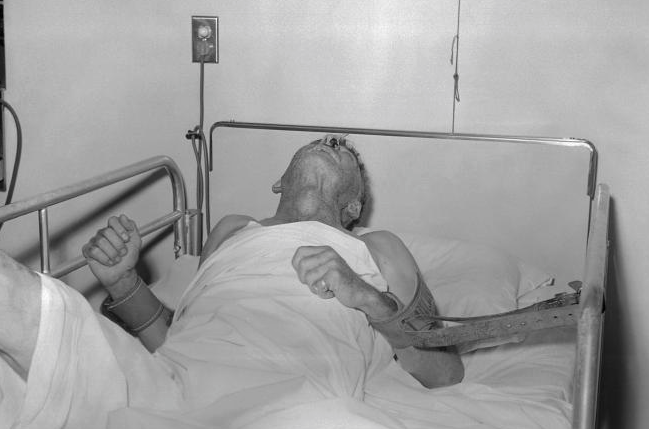